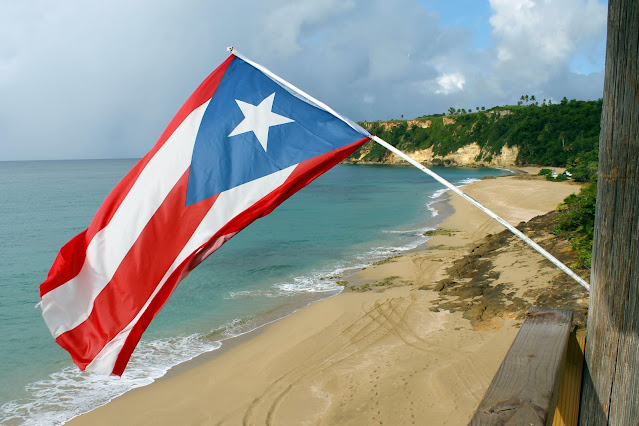 Hurricane Fiona, Category 4 storm, caused great damage to Puerto Rico. The entire island of Puerto Rico lost power due to the storm's rain and winds. Hurricane Fiona strengthened to a Category 4 storm on Wednesday, after killing at least four people in Puerto Rico. The storm dropped 6 to 20 inches of rain in Puerto Rico and the U.S. Virgin Islands. The rain caused rivers to rise over their banks and triggered rock and mudslides, according to officials with the Federal Emergency Management Agency.
Federal Emergency Management Agency, FEMA, officials said during a press conference Tuesday that at least four people have died in Puerto Rico due to Fiona. Also, a public health emergency was declared in the U.S. territory.  The governor said it would take at least a week to determine the extent of the damage left by the storm. Only 34% of households on the island have potable water after rivers grew and heavy rainfall impacted the system -- this  means that more than 834,000 people are without drinking water, the governor said.
The National Hurricane Center said Fiona made landfall in southwestern Puerto Rico on Sept. 18th, dumping torrential rain on much of the island. U.S. President Joe Biden approved an emergency declaration for Puerto Rico on Sunday, which allows federal agencies to coordinate all relief efforts. Biden's decision has the "purpose of alleviating the hardship and suffering caused by the emergency on the local population, and to provide appropriate assistance for required emergency measures, authorized under Title V of the Stafford Act, to save lives and to protect property and public health and safety, and to lessen or avert the threat of a catastrophe in all 78 municipalities in the Commonwealth of Puerto Rico," the White House said in a statement.
Sources: ABC News
https://www.whitehouse.gov/briefing-room/statements-releases/2022/09/19/readout-of-president-joe-bidens-call-with-governor-pedro-pierluisi/

President of the Conference of the Dominican Episcopate

The Holy Father, deeply distressed upon learning of the natural inclemencies that have hit the country in the last few hours due to Hurricane Fiona, causing numerous victims and material damage, raises his fervent prayer to the Most Clement Father, begging him to grant his consolation to the beloved Dominican people, suffering from these adversities. Likewise, it asks the entire Christian community and people of good will to increase solidarity to help those affected by this calamity, and thus manifest the fraternal closeness to which we are all called.

His holiness Francis entrusts them to the loving and maternal hands of our Lady of la Altagracia, and imparts his comforting apostolic blessing, as a sign of affection for the sons and daughters of the Dominican Republic.