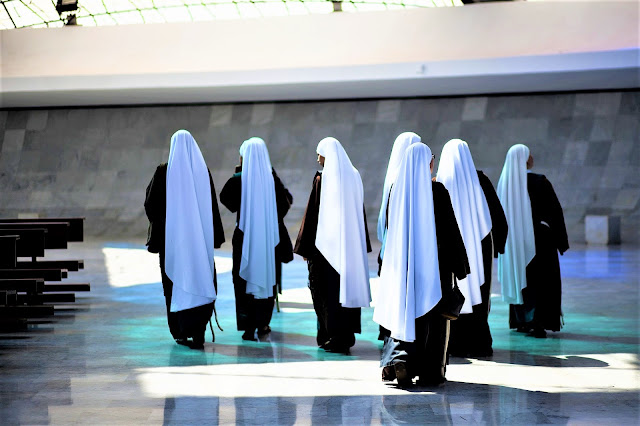 In one year the network of Catholic nuns saved 26 thousand women from human trafficking in Asia.  "More centers are needed to welcome and accompany minors who are victims of abuse"
Agenza Fides reports that Catholic communities, human rights associations and civil society organizations are calling for the withdrawal of all charges against the organization "Rural Missionaries of the Philippines" (RMP), made up of missionaries, religious and Catholic nuns, accused unfairly of "financing terrorist groups". "We ask those who have maliciously accused members of the RMP of having allied themselves with the terrorists to immediately withdraw the absurd accusations made against the missionaries, people who are at the service of our marginalized and exploited sisters and brothers", reported to Fides Fr. Wilfredo Dulay of the Congregation of the Missionary Disciples of Jesus.

"We pray that they desist from any further attempt to harass or intimidate them, hindering their mission to the poorest of our land", says a note from the Religious Discernment Group (RDG), a network that brings together various organizations that have taken the field to defend the missionaries. The Department of Justice recently indicted 16 people linked to the RMP, including five nuns, for allegedly financing terrorism: a crime which, among other things, does not provide for the possibility of bail. The charges were filed on August 15 in the Iligan City regional court, where legal proceedings will begin. According to the Justice Department, the RMP organization has transferred part of the money received from foreign donors to the New People's Army, a communist-inspired armed group in conflict with the state. The missionaries, who established the RMP group 50 years ago, with the aim of helping indigenous and rural populations in the name of the Gospel, deny the accusations, calling them "an attack on their apostolate that has often documented abuses and violations of human rights. across the country, to the detriment of indigenous peoples". Fr. Dulay recalls that "the Church is against the use of violence and underlines the full respect for life. The Church will always support the sanctity of human life and will never support terrorism".
The sisters and religious of the RMP group are peacemakers who work hard to address the root causes of the armed conflict and social unrest in the Philippines. In a statement sent to Fides, the Rural Missionaries of the Philippines (RMP) reaffirm their mission to "work in poor and remote areas, even those affected by armed conflicts, even when these areas are subjected to militarization".
"Bringing services, education, awareness and accompanying indigenous leaders on a path of development, dignity, non-violence is an effective way to solve community problems and stimulate change", they say. "Today the law is being used as a weapon against us, but we will not be intimidated or hindered in our mission. We will not back down, even if we are afraid. God gives us strength and wisdom, guides our steps and gives us security", they added. "Those who try to tarnish our ministry, saying that we support 'terrorism', are telling lies that increase suffering and poverty in marginalized communities", concludes the RMP note. (PA) (Source: Agenzia Fides, 8/9/2022)