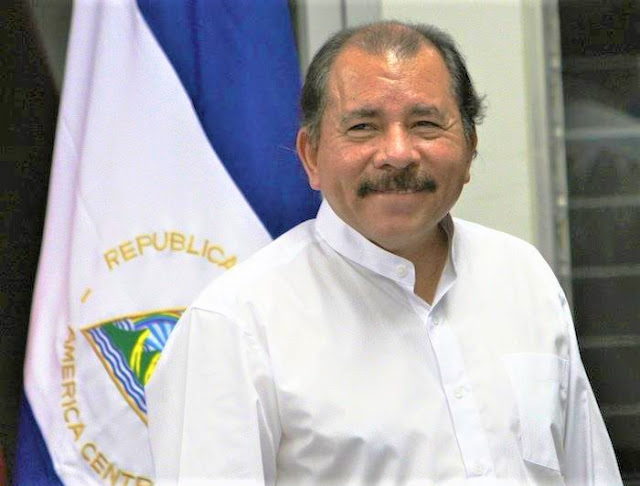 Nicaragua president calls church a dictatorship
President Daniel Ortega says Catholic leaders are a “gang of murderers,” in comments as persecution of the church rises and he scorned Pope Francis’ call for dialogue in the Central American country.
Sept. 28  in a speech at the 43rd anniversary of the National Police, Nicaraguan President Daniel Ortega denounced the leaders of the Catholic Church as “tyrants”. He said, “Who elected the bishops, the pope, the cardinals?... With what moral authority do they speak of democracy? Let them start with the Catholic vote. … Everything is imposed. It’s a dictatorship, the perfect dictatorship.” Expressing his animosity, Ortega said did not feel “represented,” by the Church. This comes from a man who has imprisoned opposition candidates before his 2021 election and has persecuted clergy for speaking out on human rights and democratic corruption. His government has also been responsible for closing church-run charitable, education initiatives, and Catholic radio stations, and for expelled priests and nuns such as the Missionaries of Charity. While he gave this address, Bishop Rolando Álvarez of Matagalpa remains under house arrest and the priests arrested before dawn with him have been kept at El Chipote prison since Aug 19.

Auxiliary Bishop Silvio José Baez of Managua, who fled the country in 2019 commented on twitter, “What ignorance! Such lies and such cynicism. A dictator giving lessons on democracy. Someone exercising power in an illegitimate way, criticizing the authority that Jesus granted his church; someone who is atheist, regretting that he doesn’t feel represented by the church.”

Nicaragua’s bishops have spoken out for democracy. Ortega claims without proof that they have called upon the people to kill him during the 2018 protests. Journalist Carlos F. Chamorro, director of the Nicaraguan newspaper Confidencial, explained some priests and bishops showed support for protesters by opening their parishes to those who called for Ortega’s ouster in 2018.
Chamorro told Catholic News Service Ortega “has the objective of closing the last civic space that remains in the country, which is space for freedom of conscience, the freedom to preach and religious liberty.”
Image:
Sources: Crux and CNS