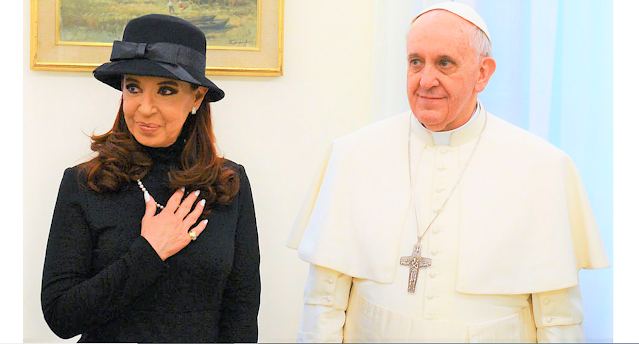 Pope Francis sent a telegram to Argentina's Vice President Cristina Fernández de Kirchner.  She barely survived an assassination attempt. Reports of an attack on her life were circulated on Thursday, September 1st, 2022. She was formerly president of Argentina and has met with Pope Francis at the Vatican.
“Having received the disturbing news of the attack that Your Excellency suffered yesterday afternoon, I wish to express my solidarity and closeness in this delicate moment,” the Pope said in a telegram on September 2nd.
Vatican News reports, the Pope prayed that “social harmony and respect for democratic values may prevail in dear Argentina, against all types of violence and aggression.”
BBC explained that the gunman’s weapon failed to fire as he aimed at her. Footage which circulating online shows Fernández de Kirchner surrounded by a group of supporters as a hand appears from the crowd holding a gun pointed at her face from nearby. The weapon did not discharge and Fernández can be seen ducking. Police said the gunman, identified as a 35-year-old Brazilian, has been taken into custody. Authorities are still attempting to establish a motive for the attack on the Vice President.