Saint September 2 : Martyrs of the French Revolution - The Carmelite Massacre of 1792 in France 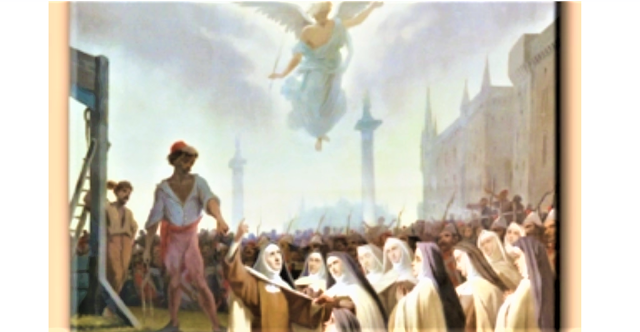 September 2 (and September 3), is the feast days of the September Martyrs of the French Revolution, among them John Francis Burté, Appolinaris of Posat, Severin Girault, John Baptist Triquerie, Blessed Alexander Lenfant, Blessed John du Lau (Bishop of Arles), and hundreds of others. By the conclusion of the French Revolution, over 1500 priests and religious were martyred for their refusal to renounce the faith. Today, we remember their courage, steadfastness, and commitment to the true Word of God.

From the Acts of Martyrdom: “The upheaval which occurred in France toward the close of the 18th century wrought havoc in all things sacred and profane and vented its fury against the Church and her ministers. Unscrupulous men came to power who concealed their hatred for the Church under the deceptive guise of philosophy.... It seemed that the times of the early persecutions had returned. The Church, spotless bride of Christ, became resplendent with bright new crowns of martyrdom.” 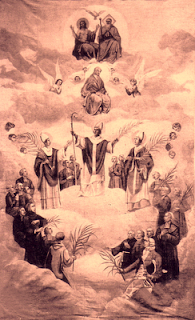 What is known in history as the Carmelite Massacre of 1792, added nearly 200 victims to this noble company of martyrs. After refusing to take the oath in support of the civil constitution, these priests and religious brothers and sisters were imprisoned in a Carmelite convent and then massacred in the space of two days by bloodthirsty revolutionary mobs. Among these priests were a Conventual, a Capuchin, and a member of the Third Order Regular.

Having set an example of the blessed Archbishop, the leader set up a “tribunal” before which the imprisoned were herded and ordered to take the oath. All refused, and one by one, as they passed down the stairway, they were murdered.

Prayer:
God our Father,
through the prayers of our Martyrs
who bore faithful witness to the end of their lives,
inspire us to give of ourselves in joyful sacrifice.