Saint September 3 : St. Gregory the Great the 1st Monk to Become a Pope and Patron of Singers, Teachers, Against Plagues with Novena Prayer 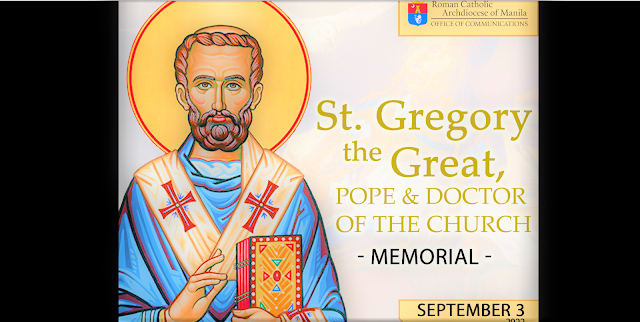 Pope and Doctor of the Church; born at Rome about 540; died 12 March 604. Gregory is certainly one of the most notable figures in Ecclesiastical History. He has exercised in many respects a momentous influence on the doctrine, the organization, and the discipline of the Catholic Church. To him we must look for an explanation of the religious situation of the Middle Ages; indeed, if no account were taken of his work, the evolution of the form of medieval Christianity would be almost inexplicable. And further, in so far as the modern Catholic system is a legitimate development of medieval Catholicism, of this too Gregory may not unreasonably be termed the Father. Almost all the leading principles of the later Catholicism are found, at any rate in germ, in Gregory the Great.
From birth to 574
Gregory's father was Gordianus, a wealthy patrician, probably of the famous gens Amicia, who owned large estates in Sicily and a mansion on the Caelian Hill in Rome, the ruins of which, apparently in a wonderful state of preservation, still await excavation beneath the Church of St. Andrew and St. Gregory. His mother Silvia appears also to have been of good family, but very little is known of her life. She is honoured as a saint, her feast being kept on 3 November. Portraits of Gordianus and Silvia were painted by Gregory's order, in the atrium of St. Andrew's monastery, and a pleasing description of these may be found in John the Deacon. 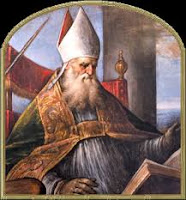