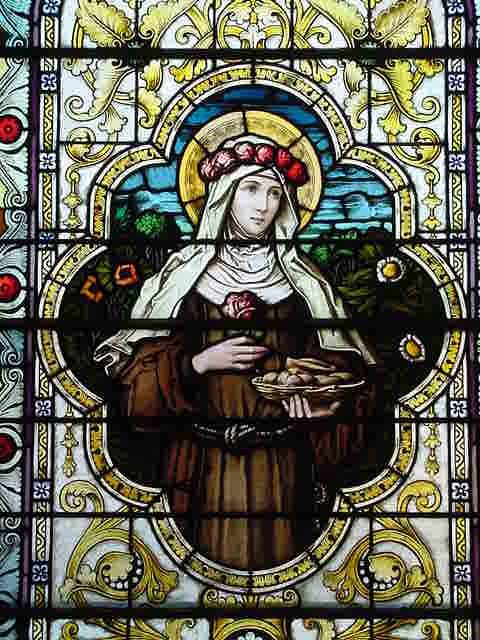 Born of poor and pious parents, Rose was remarkable for holiness and for her miraculous powers from her earliest years.
When but three years old, she raised to life her maternal aunt. At the age of seven, she had already lived the life of a recluse, devoting herself to penances. Her health succumbed, but she was miraculously cured by the Blessed Virgin, who ordered her to enroll herself in the Third Order of St. Francis, and to preach penance to Viterbo, at that time (1247) held by Frederick II of Germany and a prey to political strife and heresy. Her mission seems to have extended for about two years, and such was her success that the prefect of the city decided to banish her. The imperial power was seriously threatened. Accordingly, Rose and her parents were expelled from Viterbo in January, 1250, and took refuge in Sorriano. On 5 December, 1250, Rose foretold the speedy death of the emperor, a prophecy realized on 13 December. Soon afterwards she went to Vitorchiano, whose inhabitants had been perverted by a famous sorceress. Rose secured the conversion of all, even of the sorceress, by standing unscathed for three hours in the flames of a burning pyre, a miracle as striking as it is well attested. With the restoration of the papal power in Viterbo (1251) Rose returned.