The Vatican announced that Archbishop Paul Richard Gallagher, will attend Queen Elizabeth II's funeral on September 19th. Born in Liverpool in 1954, he is the first Englishman to hold his position as the Vatican's second highest-ranking diplomat. 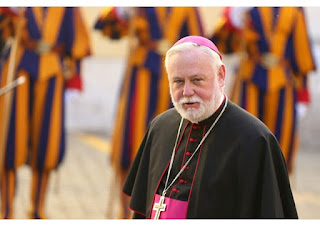 The Most Reverend Paul R. Gallagher, Secretary for Relations with States and International Organizations, will represent Pope Francis at the Funeral of Her Majesty Queen Elizabeth II at Westminster Abbey on Monday 19 September 2022.