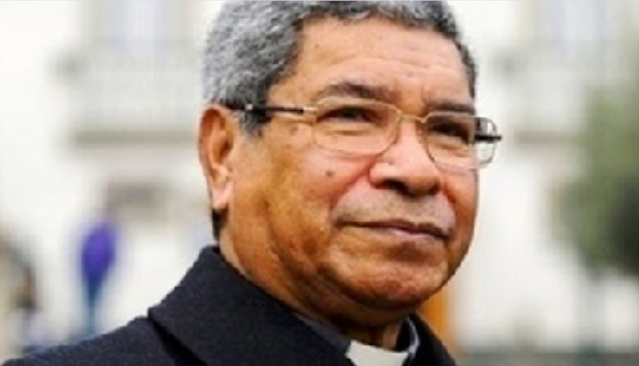 In a report by a Dutch weekly, two men have accused a bishop of sexual abuse in the 1990s when they were underage. In November 2002 Bishop Ximenes Belo, then 54, suddenly resigned for health reasons and left the country. The paper’s investigation was brought to the attention of the competent dicasteries in the Vatican, this according to the nunciature in Timor-Leste.
The Dutch weekly De Groene Amsterdammer published an investigative report in which two men accuse Bishop Carlos Filipe Ximenes Belo, the former apostolic administrator of Dili (Timor-Leste), of sexually abusing them when they were minors.
A Salesian, Bishop Belo, was awarded the Nobel Peace Prize in 1996 together with the current President of Timor-Leste José Ramos-Horta, for his commitment to the end of the war that led to the independence of East Timor from Indonesia.
The prelate, now 74, was appointed apostolic administrator of Dili in 1988 but resigned in November 2002 for health reasons. After leaving Timor-Leste, he served as a missionary in Mozambique and currently lives in Portugal.
The accusations by the Dutch magazine refer to facts that occurred in the 1990s. De Groene Amsterdammer reports that the two victims, now in their forties, say that other people were also abused, and that they only now found the courage to speak out.
The two also claim that prelate paid them money to remain silent. In addition, the weekly says it has also testimonies of another 20 people in Timor-Leste who say they knew about the facts.

“The Congregation for the Doctrine of Faith was first involved in this case in 2019,” says Matteo Bruni, the director of the Vatican Press Office, in a statement released on Sept. 29th to clarify the matter.
“In the light of the accusations it received concerning the bishop’s behavior, in September 2020 the Congregation imposed certain disciplinary restrictions upon him. These included limitations to his movements and to the exercise of his ministry, the prohibition of voluntary contact with minors, of interviews and contacts with Timor-Leste,” Bruni added.
“In November 2021 these measures were modified and reinforced. On both occasions, the measures were formally accepted by the bishop.”
At the time of his resignation, in a statement Bishop Ximenes Belo cited health problems and the need for a long period of recovery.
"I have suffered from exhaustion, [as well as] physical and psychological fatigue ," he wrote, "and therefore I need a long period of rest to fully recover my health."
The reasoning for the Nobel Peace Prize was due to the bishop’s outspokenness against Indonesian occupation, stronger than any threats, and his work promoting non-violent resistance.
Edited from Asia NewsIT