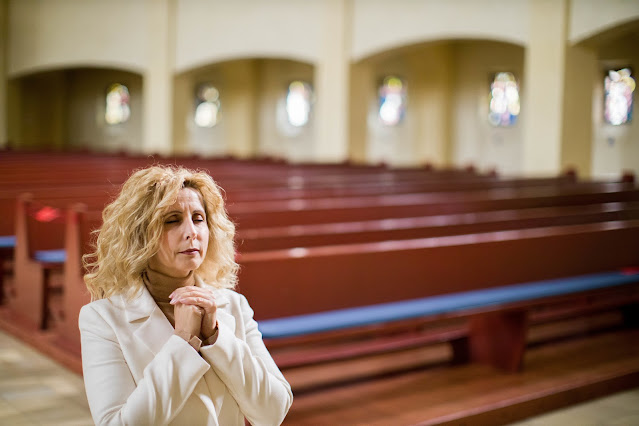 ADF Release: 40 Days for Life group rejoices as court rules in favor of right to pray in the vicinity of abortion counseling facility
On appeal, German court overturns prohibition on silent prayer gathering outside abortion counseling facility.
Court reaffirms importance of freedom of expression.
Pforzheim, Germany (31 August 2022) – Silent prayer gatherings in the vicinity of an abortion counseling facility cannot be prohibited, so ruled the Mannheim Administrative Court. The 40 Days for Life group had been banned from gathering to pray in silence near Pforzheim’s Pro Familia abortion counseling facility since February 2019.
“Every human life is valuable and deserves protection. I am heartened that we will be able to resume our prayer vigils in support of women and their unborn children in the place where we think it makes the most sense. It is a great relief that the court has recognized our fundamental freedoms,” said Pavica Vojnović, who with the support of human rights organization, ADF International, brought the appeal in defense of the fundamental rights to freedom of religion, expression, and assembly.
Court holds that silent and peaceful prayer gatherings cannot be banned from specific streets
Twice a year, the 40 Days for Life group conducted a 40-day vigil, gathering in front of a Pro Familia building. After Pro Familia employees asked the 40 Days for Life group to move to the other side of the road, Vojnović’s group complied. A four-lane road then separated the group from the building.
When the police came by to monitor, they found no violations. Nevertheless, Pro Familia demanded that the gatherings be banned out of earshot and sight or banned completely. The city of Pforzheim followed suit in 2019.
Last year, the lower court held that the ban from the vicinity of Pro Familia was permissible. On appeal, however, it was decided that unfounded allegations are not sufficient to restrict the group’s freedom of assembly and expression.
The court emphasized: “In this context, the special significance of the freedom of assembly … must be taken into account, which, like the freedom to collectively express one’s opinion, also and above all benefits dissenting minorities, is necessary for a free democratic state order and in particular includes the right of self-determination over the conduct of the assembly …, the selection of the place and the determination of the other modalities of the assembly.”
“We welcome the court’s judgment, which reaffirms freedom of assembly and other fundamental freedoms as the foundation of a free democracy. This is a clear victory not just for 40 Days for Life, but also for all concerned with the protection of fundamental human rights. The German people have the right to peaceful assembly and expression, including silent prayer, on their public streets,” said Lidia Rieder, legal officer for ADF International, who has supported Vojnović’s case.
Prayer bans pose a worrisome threat across Europe
Censorship of this kind is on the rise, increasingly targeting silent prayer.
This win follows a recent victory for UK grandmother, Rosa Lalor, who was arrested while out walking and silently praying near an abortion facility in Liverpool during the COVID lockdown. The prosecution dropped all charges, only after a protracted legal ordeal.
“The silencing of pro-life expression, including prayer, is a reoccurring issue across Europe. When the government starts prohibiting silent prayer in certain places, we enter the business of policing thought crimes — a frightening proposition for all. It is imperative that we diligently uphold our fundamental freedoms in public spaces, standing against attempts to undermine peaceful assembly and the expression of one’s convictions,” said Felix Böllmann, senior counsel for ADF International.
Press Release: https://adfinternational.org/german-court-rules-in-favor-of-right-to-pray/