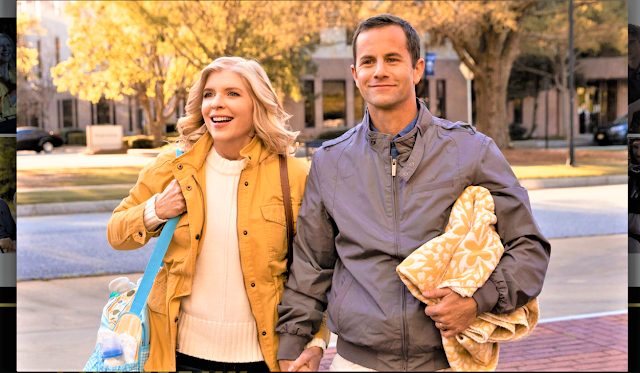 Kirk Cameron is a  Christian actor and executive producer. He recently released a new film called “Lifemark,” a movie chronicling the true story of a teenage adopted boy.   The mother made a last-minute decision not to have an abortion and choose adoption instead. The “Growing Pains” star  and his wife have four adopted children themselves. In fact, Cameron's wife, Chelsea Noble, was also adopted by her parents. In a CBN Interview Cameron explained, “Think about this,” the actor posited. “My wife was one doctor appointment away from not existing and our four [adopted] children were also this close to not existing."
Movie Description: David’s comfortable world is turned upside down when his birthmother unexpectedly reaches out to him, longing to meet the 18-year-old son she’s only held once. With the encouragement of his adoptive parents, David embarks on a journey of discovery that leads to a staggering truth from his past. From executive producers Kirk Cameron and the Kendrick Brothers—creators of War Room and Fireproof—comes LIFEMARK, inspired by an incredible true story that celebrates the gift of life. (See the movie trailer below the documentary)
Below WATCH the Short Documentary of the True Story behind LIFEMARK:
Adopted at birth and raised in Louisiana, David Scotton is on a journey to Indiana to meet the birth parents he’s never known.  His tattooed birth mother, Melissa, and reserved birth father, Brian, anxiously wait for him, concerned David will reject them for decisions they made before he was born.   I Lived on Parker Avenue is a short documentary about a mother’s agony in choosing what’s best, the joy of a couple starting a family, and young man’s search for where his life began.
LIFEMARK recently received a PG-13 rating from the Motion Picture Association for “Thematic Elements.” Because the true story that inspired LIFEMARK revolves around the decision a woman makes while in an abortion clinic, the movie shares her experience. Nothing shown or discussed is graphic. As with any movie, we would suggest parents watch the movie for themselves to decide what’s best for their family. From Movieguide’s 4-star review: “Don’t let the PG-13 rating stop you from seeing this movie. … There’s nothing graphic or objectionable in LIFEMARK; it just has heavier themes designed for older children.”
https://lifemarkmovie.com/endorsements/