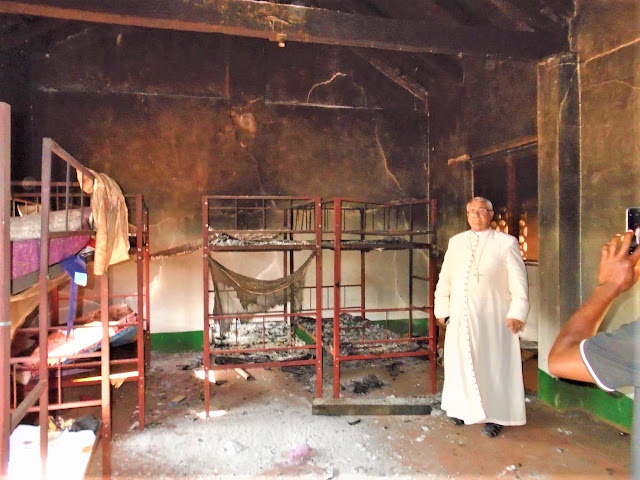 In Mozambique Christians were intentionally singled out and their throats cut. Speaking to Catholic charity Aid to the Church in Need (ACN), Bishop Alberto Vera Aréjula of Nacala revealed the details of the gruesome attack which took place one day after the murder of an Italian nun in Chipene on 6th September.

Bishop Vera said: “This was told to us by one of the brothers of one of the victims. He said the terrorists were dressed in military uniform, they gathered the population, and they said it was because they were here to save them.
“When they were all gathered, they started asking who is Muslim and who is Christian. Those who identified as Christian, they started tying their hands behind their back and they cut their throats.
“One Christian managed to flee and he is the one who told the story. This is what happened on the night of 6th September and the following day – 11 people were murdered in total and they left a trail of destruction and a lot of fear.”
On 6th September, terrorists attacked a Catholic mission in Chipene and shot dead Sister Maria de Coppi, as well as burning down the mission church, health centre, and more.
The bishop said: “I knew her and she was the image of a mother, she was really helping everyone with simple love and humility. And we will open a process to establish whether she was martyred.”
He added: “Sister Maria de Coppi was a nurse who would help malnourished children in a little room where there was milk and flour, and they destroyed that room as well.
“The Sister they murdered worked with malnourished babies and children, they are telling us very clearly they don’t want us there. For now we won’t return there, but we will work with the mission in another way.”
He added: “The leader of this movement, whether it is jihadist, terrorist, criminal, benefit from this situation for monetary reasons – they want us to see it as a religious struggle but I don’t agree. I’m not the only person who thinks this”.
Source: Aid to the Church in Need