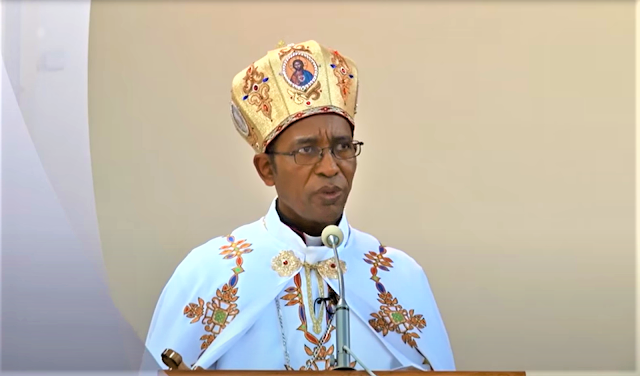 A Catholic bishop and two Eritrean priests have been arrested. The Eritrean government has not yet commented on the arrest of Fikremariam Hagos, ordained the first bishop of Segheneity in southern Eritrea in 2012. Agenzia Fides reports that the Catholic Church has asked the competent government authorities where the bishop is. The arrest reportedly took place at the hands of Eritrean security officers at Asmara International Airport. The bishop was travelling from Europe. He is currently being held in Adi Abeto prison along with two other priests, Father Mihretab Stefanos, parish priest of Saint Michael's Church in Segheneity, and Abbot Abraham of the Capuchins, who were also arrested last week.
On October 17, 2022,  diplomatic sources reported the capture of Shire, one of the main urban centers of the separatist region of Tigray.

The African Union's proposal to start peace talks in Tigray have been delayed indefinitely. It is widely believed that a peaceful agreement between the Tigray People's Liberation Front (TPLF) and Ethiopian Prime Minister Abiy Ahmed Ali is a threat to Isaias, the former Eritrean rebel commander who led his nation to independence from Ethiopia in the early 1990s and who has since presided over a one-party state. In addition to finally defeating the TPLF, a military conquest would help consolidate his power in the region, open up trade with Ethiopia and further strengthen its already close ties with Abiy.
According to diplomatic sources, the country is intensifying its involvement in the civil war in neighboring Ethiopia, hampering efforts to end the fighting that has destabilized the entire Horn of Africa for nearly two years. The TPLF accuses Eritrea of carrying out attacks in Tigray since the fighting broke out in August, five months after the declaration of a truce . Last week, the governments of Australia, Denmark, Germany, the Netherlands, the United Kingdom and the United States condemned "the increasing involvement of Eritrean military forces in northern Ethiopia".
Hostility between Eritrea and the TPLF, which effectively ruled Ethiopia from 1991 to 2018, when it was sidelined by Abiy, dates back decades. While Isaias and the Tigrins once fought side by side to overthrow the Communist Derg regime in Ethiopia, relations soured after Eritrea gained independence in 1993 and tried to assert its sovereignty. The two nations then fought a border war from 1998 to 2000 that claimed tens of thousands of lives. That conflict did not officially end until 2018, when Abiy became prime minister and signed a peace agreement with Isaias, a detente that earned the Ethiopian leader the Nobel Prize. In recent months, Eritrea has closed all international schools and also the border with Sudan, a move aimed at preventing Isaias's opponents from infiltrating the Country.  (Edited from Agenzia Fides, 18/10/2022)
Image Screenshot from https://www.youtube.com/watch?v=cCBQG8Dd7oM
Bishops Eritrea Priests Religious Arrested