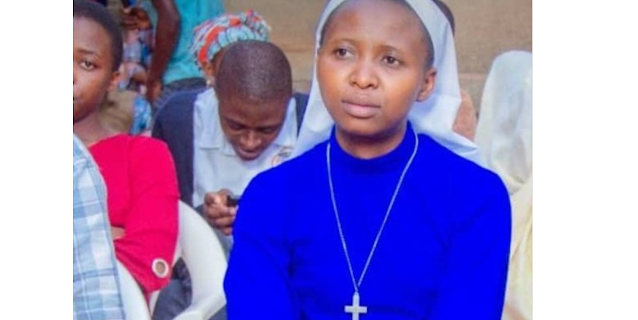 It was reported that 7 were killed, including a nun who worked as a medical doctor, and an unknown number of people kidnapped.

This occurred during an assault between the 19th and 20th of October on the village of Maboya, in the province of North Kivu, in the east of the Democratic Republic of the Congo, Africa. In addition to looting and burning several homes, the attackers destroyed the Center Sanitaire de Référence run by the health office (Bureau Diocésain des Oeuvres Médicales) of the diocese of Butembo-Beni, where Sister Marie-Sylvie Kavuke Vakatsuraki, of the Congregation of the Petites Soeurs del la Presentation de Notre Dame au Temple in Butembo worked as a doctor, as reported in a statement from the diocese sent to Fides. 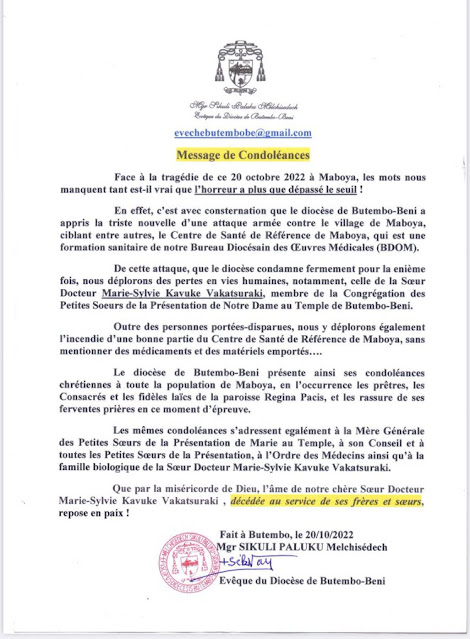 "We are at a loss for words, so much is the horror that it has far exceeded the threshold of tolerance", said Msgr. Melchizedec Sikuli Paluku, Bishop of Butembo-Beni. In addition to the Catholic health centre, the assailants destroyed the hospital of a Protestant community located a kilometer and a half from the Maboya clinic.

According to the testimony of the inhabitants, the aggressors belong to the ADF (Allied Democratic Forces), a group of Ugandan origin that in recent years has joined the Islamic State under the name of ISCAP (Islamic State Central African Province).

A statement in Arabic circulating on social networks claims, on behalf of ISCAP, the assault on Maboya, while the Congolese army claims to have captured four members of the ADF/ISCAP, including a man who allegedly provided the command with instructions to raid the village.

Since the beginning of the massacres of civilians in the Beni territory, it is the first time that Maboya has been attacked. (L.M.) (Edited from Agenzia Fides, 21/10/2022)