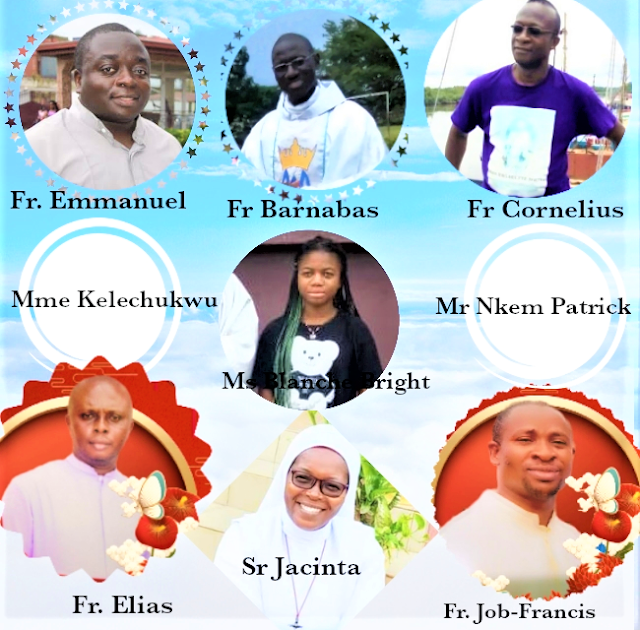 9 hostages captured in the attack on the church of Nchang have been released as reported on Monday, the 24th of October 2022. Agenzia Fides reports: "We want to thank the Freedom Fighters of Ambazonia for having released us without paying any ransom", says one of the nine hostages, in a video recorded at the time of the release. They were captured on September 16th in an attack on the Church of St. Mary in the village of Nchang in the Anglophone region of south-west Cameroon.
The release of the nine people who had been detained for more than a month took place this Saturday, October 22nd.

Bishop Aloysius Fondong Abangalo of Mamfe confirmed the release of the hostages and thanked the faithful for their prayers asking for a positive outcome. "I take this opportunity to once again condemn in the strongest possible terms the desecration of the Church and to point out the need to protect human dignity. Depriving our brothers and sisters of their freedom to obtain money at any price is inhumane. For those who make statements that fuel such actions, I believe it is time to rethink one’s approach and ensure that the dignity of the human person is defended in every possible way". Msgr. Aloysius Fondong Abangalo refers to the devastation of St. Mary's Church that was taking place at the time of the attack. Equally significant is the reference to the ransom demanded by the kidnappers the payment of which the Cameroonian Bishops' Conference expressly refused "so as not to create dangerous precedents". A ransom that is said not to have been officially paid. The identities of the kidnappers remain uncertain. The short release video mentions the Freedom Fighters of Ambazonia. Ambazonia is the name of the unofficially recognized separatist state established in 2017, which comprises the two anglophone regions of Cameroon, the north-west and the south-west. Several Separatist groups are active in both regions, but they call themselves "Freedom Fighters of Ambazonia". So it could be a new group using the international attention to the kidnapping of the nine hostages to gain attention. But it could also be a criminal group hiding behind a political acronym to carry out kidnappings for extortion purposes. In a conflict between regular and irregular armed forces, however, it is also not uncommon to use false groups of alleged opponents in order to discredit the opponent. (L.M.) (Edited from Agenzia Fides, 24/10/2022)
Cameroon Hostages Kidnapping Nun Priests