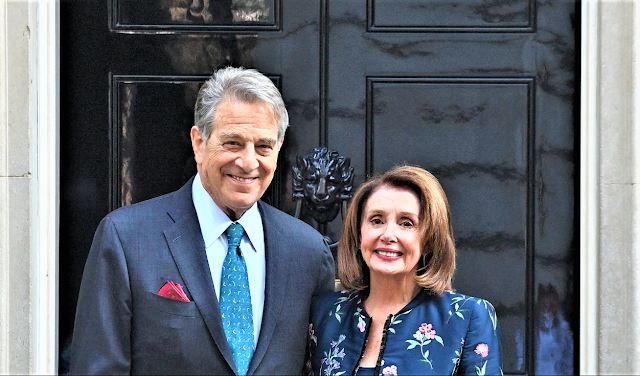 (PBS) A man broke into House Speaker Nancy Pelosi’s San Francisco home early Friday and attacked the speaker’s husband with a hammer just as police arrived at the home.
See the 6: 21 Mark on the Video Below:

The suspect in custody was identified as 42-year-old David Depape, San Francisco Police Chief William Scott said at a news conference. “Our officers observed Mr. Pelosi and the suspect both holding a hammer,” Scott said. “The suspect pulled the hammer away from Mr. Pelosi and violently assaulted him with it. Our officers immediately tackled the suspect, disarmed him, took him into custody, requested emergency backup and rendered medical aid.” Paul Pelosi was taken to a local hospital, where he underwent surgery "to repair a skull fracture and serious injuries to his right arm and hands," Drew Hammill, a spokesman for the House Speaker, said in a statement. "His doctors expect a full recovery." Source: PBS News Hour
USCCB President on the Attack of Mr. Paul Pelosi
WASHINGTON - Archbishop José H. Gomez of Los Angeles, president of the U.S. Conference of Catholic Bishops, offered the following statement today:
“I join with Archbishop Cordileone in offering my prayers for the full recovery of Paul Pelosi and comfort for his family following the terrible attack that occurred earlier this morning. I am deeply grieved over this violence, which should have no place in our communities, our political process, or our great nation. May Our Lady of Perpetual Help intercede for us, provide healing, and guide us to paths of peace.” (USCCB Release) 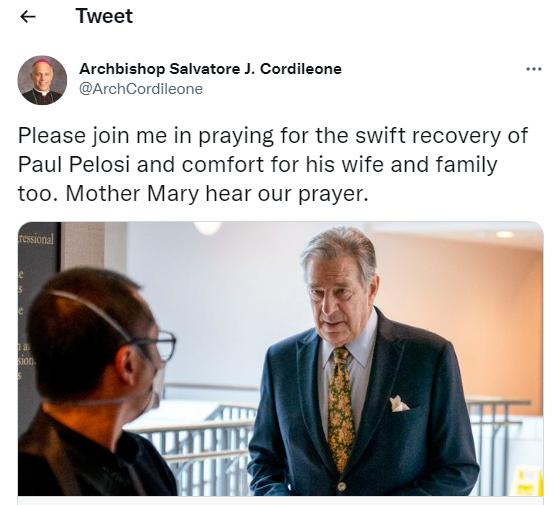