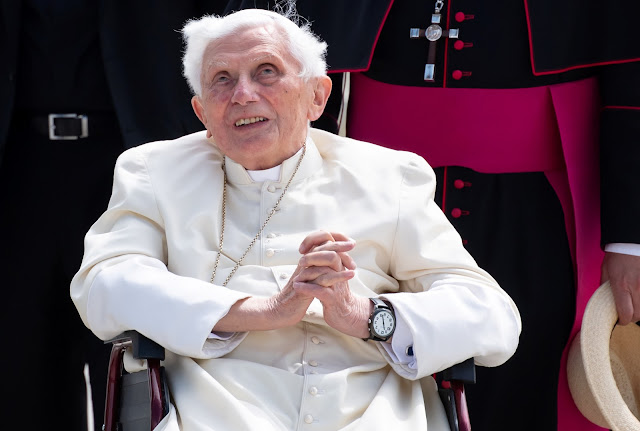 2022 Ratzinger Prize goes to theologian and to professor of law
Michel Fédou, SJ, and Professor Joseph H.H. Weiler are the winners of the Ratzinger Prize 2022, the prestigious award that is given to scholars who stand out for their scientific research in the theological field.
In a report by Linda Bordoni for Vatican News, it was announced that on the 1st of December, Pope Francis will award the Ratzinger Prize 2022 to Professor Michel Fédou, SJ, and to Professor Joseph Halevi Horowitz Weiler during a ceremony in the Apostolic Palace’s  Clementine Hall.
The prestigious award is assigned – according to what is recommended by the Ratzinger Foundation’s Statutes – to “scholars that stood out for their publications and/or scientific research”.
It was launched in 2011 to recognize scholars whose work demonstrated authentic and meaningful contributions to theology, much like Pope Benedict XVI had throughout his life. In the past few years, the prize has also been given to academics, composers, artists, and writers who have made notable contributions to the world of arts related to Christianity.

Michel Fédou is a Jesuit priest who was born in Lyon, France, in 1952. He has been teaching Dogmatic Theology and Patristics at the Centre Sèvres of Paris since 1987, where he has also served as Dean, and then President, of the Theological Faculty.
Professor Fédou is actively engaged in ecumenical dialogue. He is a member of several theological organizations and commissions that focus on dialogue with Lutherans and Orthodox Christians. He is also the author of several works, mainly about Patristics and Christology.
Joseph H. H. Weiler
A Jewish Professor of Law in Universities and International Institutes, Joseph H.H. Weiler is an American citizen, born in  South Africa in 1951. His expertise has seen him engaged in numerous institutions in the United States and elsewhere. He is currently University Professor as well as holder of the European Union Jean Monnet Chair at New York University School of Law, Director of the Hauser Global Law School Program, and Professor at the College of Europe. He also holds teaching and consulting positions in various European countries and in Macao.
Professor Weiler is the author of many works about constitutional, international, and European law and about human rights. He is well-known in Italy as he represented its case brought before the European Court of Human Rights, which on 18 March 2011, ruled that the requirement in Italian law that crucifixes be displayed in classrooms of schools does not violate the European Convention on Human Rights.
He has received an honorary degree from the Catholic University of America.
The Scientific Committee
Candidates for the Prize are proposed to the Pope by the Scientific Committee of the Foundation, which is made up of 5 members, nominated by the Pope. They are Cardinals Angelo Amato, Kurt Koch, Luis Ladaria, Gianfranco Ravasi, and Bishop Rudolf Voderholzer (Bishop of Regensburg and President of Pope Benedict XVI Institute). This year Archbishop Salvatore Fisichella stood in for Cardinal Amato.
Since its establishment in 2011, 26 scholars have been awarded the Ratzinger Prize. Many of them are scholars of Dogmatic or Fundamental Theology, Scripture, and Patrology. However, in recent years, philosophers, musicians, and architects from 16 different countries have been chosen to receive the honour. They include Catholics, an Anglican, a Lutheran, two Orthodox Christians, and a Jew.
Source: Vatican News