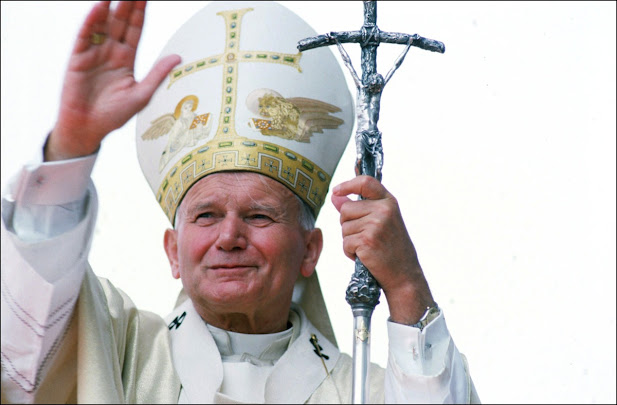 Saint Pope John Paul II was born and named Karol Jozef Wojtyla on May 18, 1920. He died on April 2, 2005 at the age of 84 years. John Paul II reigned as Pope of the Roman Catholic Church from October 16, 1978 until his death. He was the only Polish Pontiff to reign. The Pontiff was influential in the downfall of Communism. He traveled more than any other Pope in history, visiting 129 countries. The Holy Father spoke many languages including: Polish, Italian, Spanish, German, English, Portuguese, Russian, French, Croatian and Latin. (Bio continues below the video) 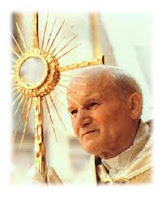 During his pontificate he beatified 1, 340 people and canonised 483 Saints. John Paul II, himself, was beatified on May 1, 2011 and his memorial is celebrated on Oct. 22.Pope John Paul's original name was Karol Wojtyla and he was born in Poland in Wadowice. He was the youngest of 3 children to Karol Wojtyla and Emilia Kaczorowska. When Karol was 8 years old his mother(April 13, 1929) died. Olga, Karol's elder sister died in infancy. His only remaining sibling, a brother Edmund, was a physician. Edmund, 14 years older than Karol, died from scarlet fever. (image source: 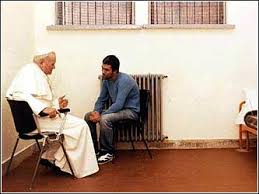 On May 13, 1981 JPII was shot and wounded by Mehmet Ali Agca. This was an assassination attempt by this Turkish man as a member of a fascist group. He underwent extensive surgery and narrowly survived. He thanked Our Lady of Fatima for his survival. In 1983, JPII visited his assassin in prison. (image sources: google)
Pope John Paul II was very influential in ecumenism and met with many religious and political leaders. He is thought to have aided in the fall of Communism.
"True holiness does not mean a flight from the world; rather, it lies in the effort to incarnate the Gospel in everyday life, in the family, at school and at work, and in social and political involvement." St. John Paul II.
John Paul 2 JP2 JPII Pope John Paul Pope John Paul II Pope jpii Saint John Paul II