Saint October 4 : St. Francis of Assisi the Patron of Animals, Ecology, Environment, and Peace - Founder of the Franciscans 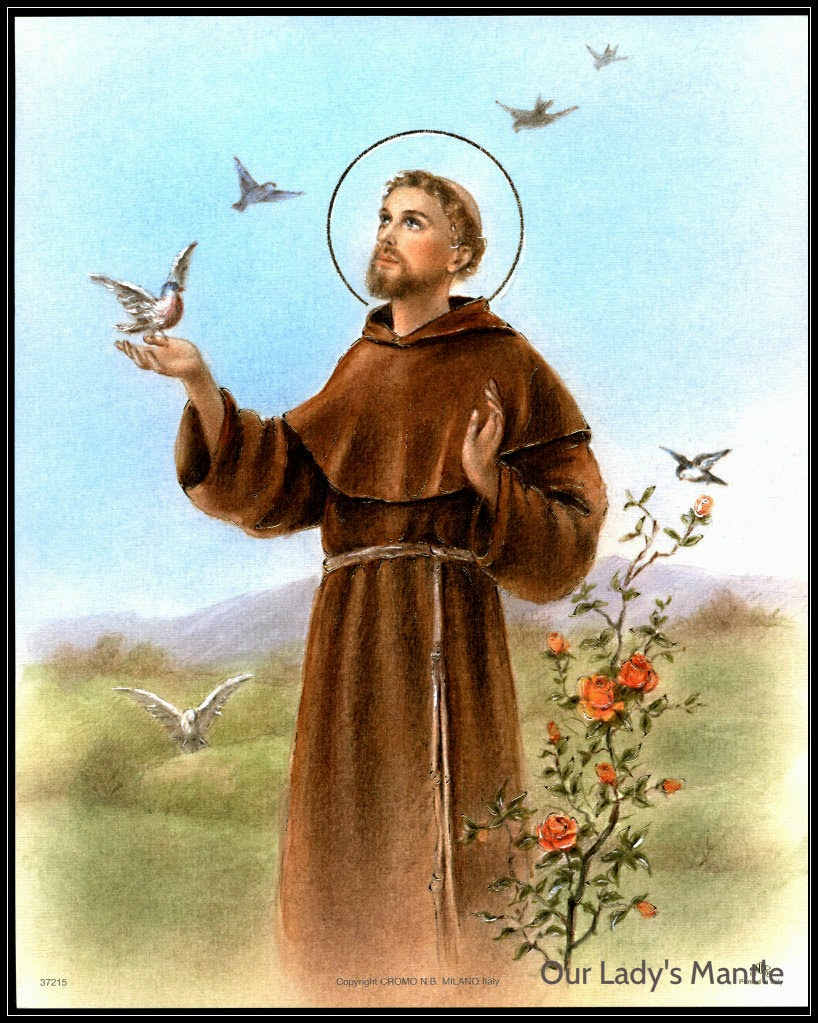 Founder of the Franciscan Order, born at Assisi in Umbria, in 1181 or 1182 — the exact year is uncertain; died there, 3 October, 1226. His father, Pietro Bernardone, was a wealthy Assisian cloth merchant. Of his mother, Pica, little is known, but she is said to have belonged to a noble family of Provence. Francis was one of several children. The legend that he was born in a stable dates from the fifteenth century only, and appears to have originated in the desire of certain writers to make his life resemble that of Christ. At baptism the saint received the name of Giovanni, which his father afterwards altered to Francesco, through fondness it would seem for France, whither business had led him at the time of his son's birth. In any case, since the child was renamed in infancy, the change can hardly have had anything to do with his aptitude for learning French, as some have thought.