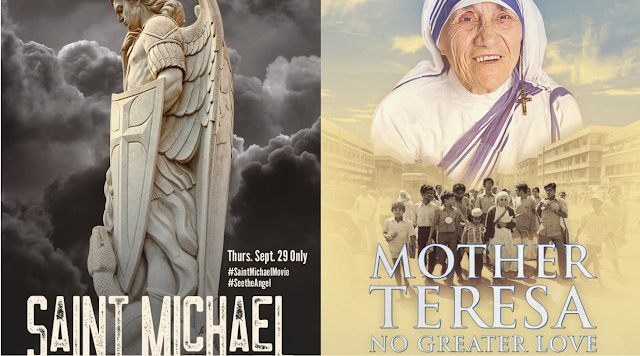 Two Catholic films have made it big at the box office! Mother Teresa: No Greater Love and Saint Michael, were the two movies that attracted large audiences.

The Knights of Columbus announced that following the success of its initial theatrical release, Mother Teresa: No Greater Love is expanding to cinemas in both the United States and Canada! US Encore: November 2, 2022
Canadian debut: November 2 and 3, 2022
Visit Fathom Events to purchase your tickets: https://bit.ly/3A3QpPQ Mother Teresa: No Greater Love was screened in more than 1,000 theaters across the United States, bringing in more than $1.2 million and becoming the #1 Catholic film of the year. Several Knights of Columbus councils and agencies attended the film in large groups. 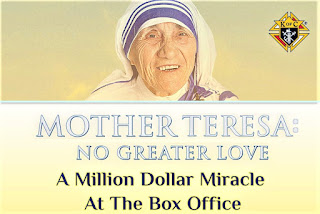 Mother Teresa of Calcutta is one of the most widely revered saints in the world, and one of the greatest spiritual giants of the 20th century. She is a powerful witness of authentic Christian charity and a guidepost for all who seek hope in our turbulent times. “Mother Teresa: No Greater Love” is a unique film that reveals not just who Mother Teresa was, but how her singular vision to serve Christ through the poor is realized to this day, through the religious order she founded, the Missionaries of Charity.

Saint Michael: Meet the Angel Encore. The film grossed over $640, 000 after its release. Due to popular demand, Saint Michael: Meet the Angel was in theaters one more night. An inspiring documentary about the role of Saint Michael in Scripture and in our lives. Various religious experts from different parts of the world, discuss Saint Michael from a religious, historical, and cultural angle and present the most sacred Churches and sanctuaries associated with Saint Michael. Audiences will experience powerful testimonies of faith, riveting Church history, and beautiful architecture and art in Christian culture that will bring everyone closer to the extraordinary figure of Archangel Michael, a friend, and warrior for today. See more: https://saintmichaelmovie.com/
Movies New Movie