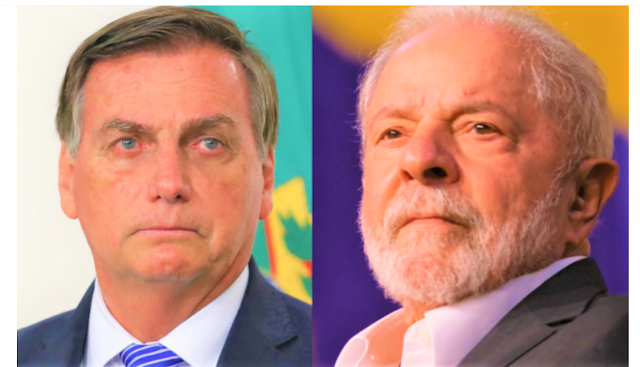 In Brazil a second round of elections was held on Sunday, October 30. Former president Luiz Inácio Lula da Silva obtained 50.83% of the votes against presdient  Jair Bolsonaro's 49.17%, the difference between the two was therefore about 2 million votes, against the 6 that distanced them in the first round.
Agenzia Fides reports that the Catholic bishops of Brazil released a statement following the narrow win of Lula.
The conclusion of the electoral process "calls us even more to reconciliation, which is essential for the new cycle that is opening. Now, everyone, without distinction, must accompany, demand and control those who have obtained success at the polls. The exercise of citizenship does not end with the end of the electoral process". With this exhortation, the Presidency of the National Conference of Bishops of Brazil (CNBB) expressed itself in the aftermath of the ballot for the election of the President of the Republic, which took place on October 30.
In fact, in the first round of the general elections on October 2, none of the candidates had obtained the 50% of the votes necessary for the election. Luiz Inácio Lula da Silva, leader of the left for decades, who has already held the role of President from 2003 to 2011  had obtained 48.43% of the votes and outgoing President, Jair Bolsonaro, leader of the far right, 43.20%. For this reason the second round of elections was held and found Lula to be the winner.
In the message released on October 31, the Bishops greet the candidates elected in this month's consultations, the deputies, the senators, the governors and the President of the Republic. They also congratulate the Superior Electoral Court for the zeal shown in implementing the entire democratic process. "May they all walk together to build a better politics, at the service of the common good - the Bishops conclude -, in harmony with what our beloved Pope Francis affirms. These are the votes of the CNBB. This is what we ask in prayers for our country".
According to local media, Bolsonaro supporters contested the results by denouncing election fraud and blocking roads in several Brazilian states. As a result, fuel is starting to run out and some industrial activities have had to stop. The police intervened to disperse the demonstrators, led by the truck drivers. Protests also took place in front of the barracks, from Brasilia to Rio de Janeiro, to call for the intervention of the armed forces "in defense of the homeland" as established by the Constitution. Outgoing president Bolsonaro has released a video in these hours in which he asks his supporters to remove the roadblocks: "I appeal to you: unblock the roads. This is part of the legitimate demonstrations", said Bolsonaro. "The other demonstrations that are taking place all over Brazil, in other places, are part of the democratic game and are welcome", he added.
Bolsonaro never officially recognized the victory, however he authorized the transition of powers.
The inauguration of the new President of the Republic will take place on January 1, 2023. The electoral campaign was harsh and at times violent, in the speeches and in some episodes that occurred, of which the Church was also a victim: aggressions, threats and open protests targeted priests and Bishops, in order to exploit religion for electoral purposes and divide the country. The Bishops publicly deplored "the intensification of the exploitation of faith and religion as a means of collecting votes in the second round", reiterating that the Bishops' Conference "strongly condemns the use of religion by all candidates as an instrument of their electoral campaign "and invites citizens" to make this moment an opportunity for reflection and proposing actions that focus on the dignity of the human person and the search for a more just, fraternal and supportive country" (see Fides, 12/10/2022). As the polls highlighted, Brazil is split in two, with many confused citizens. Lula will find himself ruling with a varied coalition, while the right has gained the majority in Parliament and most of the governors. In his first comment after the results, Lula launched a message of unity of peace and love, for "one Brazil". (SL) (Edited from Agenzia Fides, 3/11/2022)
Brazil Elections Jair Bolsonaro President Brazil