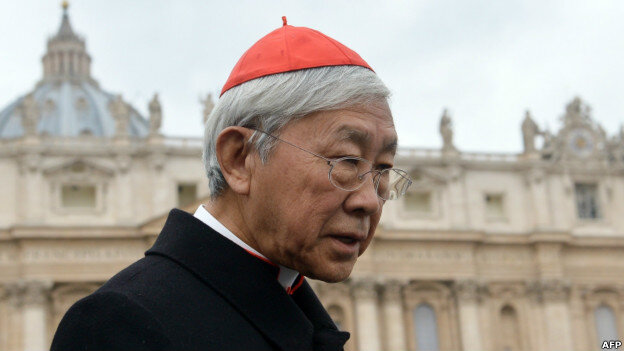 Cardinal Joseph Zen, of Hong Kong, sentenced to pay fine for running '612' humanitarian fund.
He was accused along with five pro-democracy figures of failing to register the charity in accordance with the law. The cardinal refused to accept a lighter sentence than his co-defendants. The maximum sentence imposed is €492. According to the defence, the trial was an attack on freedom of assembly.
AsiaNews reports that Cardinal Joseph Zen Ze-kiun and five members of the Democratic Front have been declared guilty of failing to properly register a humanitarian fund of which they were the managers and sentenced to pay a fine.

This is the sentence passed today by Judge Ada Yim of the Kowloon West Court.
The trial, which began in September, ended today after a long hearing. Last May 11th, police arrested the cardinal and four others on the most serious charge of 'collusion' with foreign forces, a crime covered by the security law imposed in summer 2020 by Beijing.
Joining the city's 90-year-old bishop emeritus on the stand were renowned lawyer Margaret Ng, singer-activist Denise Ho, former city MP Cyd Ho and academic Hui Po-keung, all of whom are trustees of the charity. In contrast, in early November, activist Sze Ching-wee, secretary of the 612 Fund, which had assisted thousands of pro-democracy protesters involved in the 2019 protests until its closure about a year ago, was arrested. 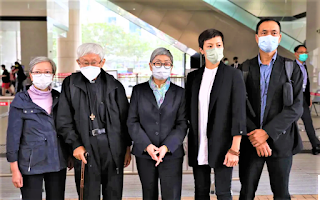 Judge Yim ruled that the 612 Fund could not have any exemption from the Companies Act as it was not 'public in nature' and created for charitable purposes only. According to the judge, the organisation had political purposes and links to political groups.
The defence asked for the case to be dismissed because the trustees had no rights and obligations to each other, so they were not incorporated. In addition, the defence lawyers challenged the constitutionality of the law on corporations, which they said 'disproportionately' restricted freedom of assembly.
Judge Yim had proposed to modulate the punishment into three different categories depending on the role of the defendants. AsiaNews learnt from sources on the ground that Card. Zen refused to receive a lighter sentence. "We are all on the same level," the cardinal told co-defendant Margaret Ng. As reported by the Hong Kong Free Press, the cardinal said that he did not want too much emphasis to be placed on his religious identity.
The bishop emeritus and four others convicted will have to pay a fine of HK,000 (about €492); for Secretary Sze, the penalty is HK,500 (€307). The judge did not apply the maximum penalty (€1,681).
(HongKongFreePress photo)
Source: Asia News IT
Cardinal Joseph Zen Hong Kong