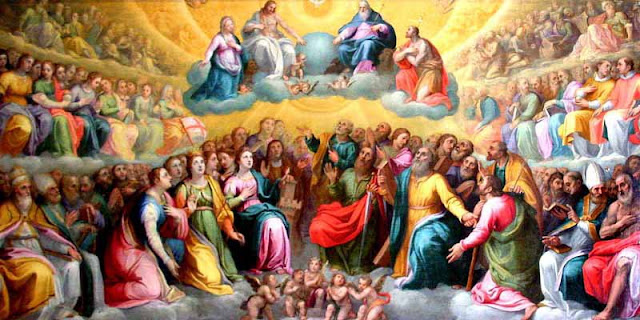 "In paradisum" (English: "Into paradise") is an antiphon from the traditional Latin liturgy of the Requiem Mass. It is sung by the choir as the body is being taken out of the church. The text of the In paradisum — with or without the Gregorian melody itself — is sometimes included in musical settings of the Requiem Mass, such as this one by Gabriel Fauré in the video.
Lyrics in Latin: In paradisum deducant te angeli; in tuo adventu suscipiant te martyres, et perducant te in civitatem sanctam Jerusalem. Chorus angelorum te suscipiat, et cum Lazaro quondam paupere æternam habeas requiem.
Translation to English:"May the angels lead you into paradise; may the martyrs receive you at your arrival and lead you to the holy city Jerusalem. May choirs of angels receive you and with Lazarus, once (a) poor (man), may you have eternal rest."
It builds on the biblical story of Lazarus, the poor beggar in Luke's Gospel.
Catholic Music Choir Music