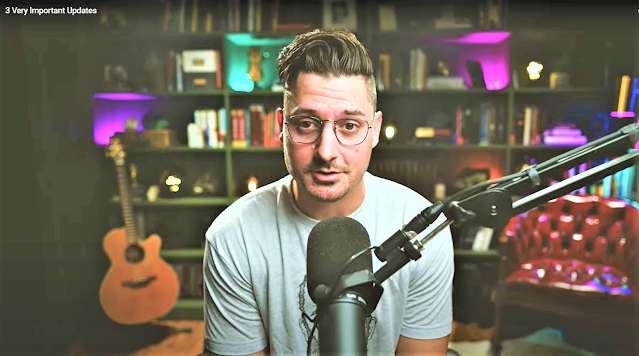 A popular Protestant youtuber, Cameron Bertuzzi, announced his conversion to Catholicism. He runs the Channel "Capturing Christianity," with over 150K subscribers. He and his wife Brittany have 2 children.
Cameron explains:
"If you followed this channel for very long you'll know that I've been personally investigating the truth claims of the Catholic Church and then documenting that Journey on this channel. I've debated Matt Fradd, I posted debates between Catholics and Protestants...."

"The big announcement is, that on September 20th 2022, I decided to become Catholic. I'm currently in an RCIA program and will be confirmed this coming Easter. This decision came at the tail end of a deep study into the evidence for and against the papacy. As a Protestant I went into this study with an open mind, I ultimately I told myself that I would follow the evidence wherever it leads, even if that conclusion is uncomfortable for me or for my family. My Protestant friends were very confident that it would result in a deep confirmation of my existing Protestant beliefs but they were wrong. What I found was that the evidence strongly suggests that the papacy is true."

Cameron also announced that Matt Fradd would be interviewing him on the channel Pints with Aquinas: https://www.youtube.com/watch?v=bilP-Rh6jYk

Two years ago he interviewed Bishop Robert Barron and asked if he should become Catholic: