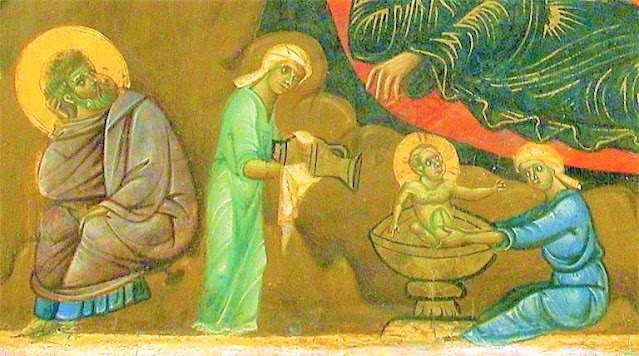 A burial cave dedicated to Midwife of Mary for Baby Jesus - Saint Salome reveals treasures; will open to public

Dozens of intricately carved oil lamps found outside a 2,000-year-old central Israel tomb, which is being developed as part of a massive 100-kilometer Judean Kings Trail

The 2,000-year-old Second Temple-Period burial cave designated the Salome Cave  was recently uncovered in the Lachish Forest in Israel, December 20, 2022.

The 350 sq meter (approximately 4000 square foot) courtyard of the burial cave in the Lachish region, seen here on December 20, 2022,  is undergoing excavations as preparation for opening the site to the public as part of the 100 km Judean Kings Trail.

An inscription reads to 'Zacharia Ben Kerelis, dedicated to the Holy Salome' in the burial cave in Lachish, Israel, on December 20, 2022. 5

Archaeologists have recently uncovered a number of priceless artifacts from its courtyard, the Israeli Antiquities Authority announced on Tuesday. The tomb is a centuries-old Christian pilgrimage site, located in the Lachish region in central Israel.

“According to a Christian tradition, Salome was the midwife from Bethlehem, who was called to participate in the birth of Jesus,” said IAA archaeologist Zvi Firer. “She could not believe that she was asked to deliver a virgin’s baby, and her hand became dry and was only healed when she held the baby’s cradle.”

The burial cave was discovered in 1982 by antiquities looters and subsequently excavated in 1984 by Prof. Amos Kloner of the IAA.

For the past two months, archaeologists have excavated an elaborate courtyard of 350 square meters (almost 4,000 square feet) at the entrance to the cave, filled with intricate stone carvings, soaring arches, a mosaic floor, and the remains of a shop where pilgrims may have rented oil lamps to light their way inside the cave for their prayers.

“We found dozens of these lamps covered with carvings of pomegranates and intricate geometric designs,” said Firer.

“We believe that pilgrims would come here, rent an oil lamp, perform their prayers inside, and go on their way. It’s like today when you go to the grave of a revered rabbi and light a candle there,” Firer said.

The first room of the burial cave dates to the Second Temple period, which stretches from the 6th century BCE to 70 CE. It has several chambers with multiple rock-hewn kokhim (burial niches) and broken ossuaries (stone boxes), which reflect a Jewish burial custom.

The burial cave is covered in ancient graffiti, including the words “Salome,” “Jesus,” the names of pilgrims, and crosses etched into the wall. The most impressive is an inscription in Greek that reads “Zacharia Ben Kerelis, dedicated to the Holy Salome.” Archaeologists believe that Zacharia Ben Kerelis was a wealthy Jewish patron who funded the construction.

A few pilgrims still illegally enter the tomb, as evidenced by modern-day icons and candles in the altars in inner rooms.

Edited from Times of Israel article By MELANIE LIDMAN