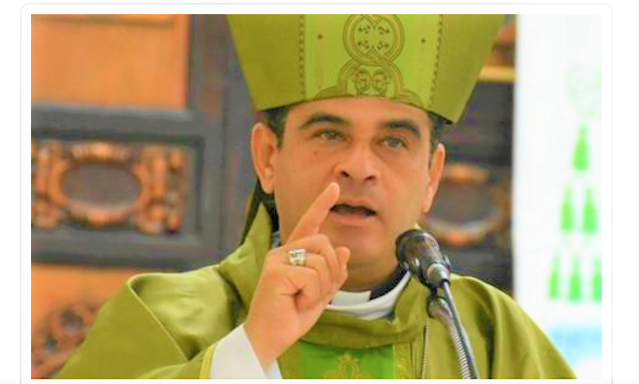 The diocese of Matagalpa has called a day of permanent prayer to pray for the hierarchy.

On January 10, the first hearing of the trial was held against the Nicaraguan bishop Rolando Álvarez, who was abducted by the Police on August 19 from the archiepiscopal palace of the diocese of Matagalpa and, later, locked up in his home by the judge of the tenth criminal court district of Managua, Gloria María Saavedra Corrales.

The prelate, very critical of the government of President Daniel Ortega, faces charges of conspiracy to undermine national integrity and propagation of false news to the detriment of the State and Nicaraguan society, according to the EFE news agency. Although in this first session, the judge will only have to decide if she sends the case to an oral and public trial, and if she keeps the bishop in pretrial detention or not.

The diocese of Matagalpa has convened, through its social networks, a day of permanent prayer to pray for its bishop, who at the time of his arrest also served as apostolic administrator of the diocese of Estelí.

In the same case, the priest Uriel Antonio Vallejos, "who is a fugitive from justice", is accused, for which the judicial authority issued an international arrest warrant through Interpol, according to the judicial report.

There is also no news of the journalist Manuel Obando, who was in charge of the media for the diocese of Matagalpa and is a very close collaborator of Rolando Álvarez. He was arrested a month ago by the Police and, since then, nothing more has been heard from him.

Likewise, during 2022, there was an expulsion of the apostolic nuncio in the country, Waldemar Sommertag, and 18 religious of the Missionaries of Charity; as well as the closure by the authorities of numerous media outlets linked to the Church.