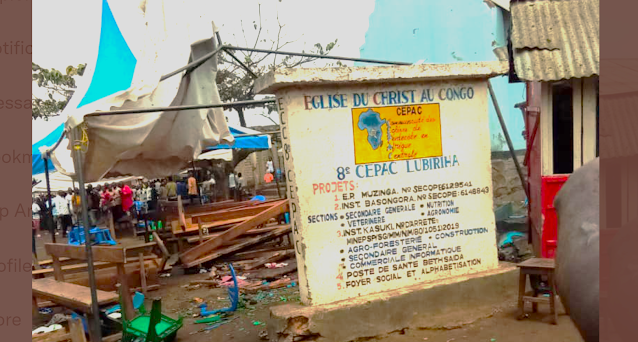 Agenzia Fides reports that there was a bomb attack on, Sunday the 15th of January, at the Pentecostal church Eglise du Christ au Congo (ECC) in Kasindi, in the Beni region (North Kivu province, east of the Democratic Republic of the Congo), near the border with Uganda). Congolese forces say it was an act of retaliation for the casualties the army inflicted on the jihadists. The explosion of an explosive device killed 10 people and injured 39.
"We arrested a person of Kenyan nationality who was involved in the attack," said FARDC (Armed Forces of the Democratic Republic of the Congo) spokesman Antony Mualushayi. "It was an attack by ADF/MTM terrorists who suffered heavy casualties at the hands of the FARDC in several skirmishes," he added.
"Before the turn of the year," emphasized the military spokesman, "the regular army appealed to the population to pay attention to the possibility of attacks, because we have reliable information that the terrorists are preparing attacks on civilian settlements in view of the losses they have suffered. We have taken security measures to protect the civilian population, however, unfortunately, the terrorists managed to plant an improvised explosive device in the church in Kasindi". "The population needs to know that we are facing a terrorist threat, but we ask everyone to remain calm and have faith in the army", he concluded.
Meanwhile, the Islamic State in Central Africa (ISCAP) claimed responsibility for the attack. "Islamic State fighters managed to plant and detonate a bomb in a Christian church in the city of Kasindi," the terrorist organization said in a statement published on the Telegram channel, stressing that the attack is "further evidence of the failure of the recent military campaigns by the Congolese armed forces and their allies to ensure the safety of Christians". (L.M.) (Source: Agenzia Fides, 16/1/2023)