Pope Francis says "...Jesus shows us that the meaning of being Master and Lord is service to others...works of mercy open the doors of the eternal Kingdom." to Order of Malta 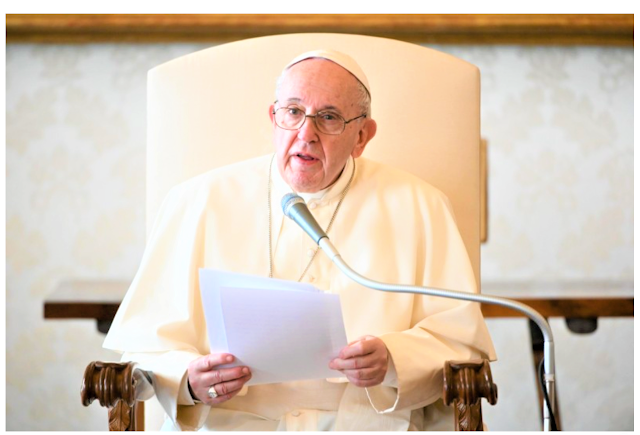