Wow Nearly 200,000 Visit the Body of Pope Emeritus XVI at the Vatican during 3 Days of Mourning before the Casket was Sealed 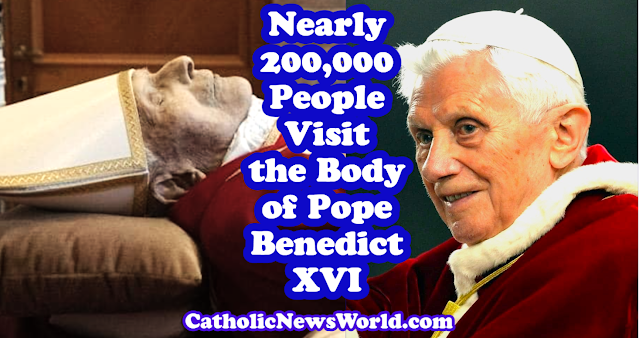 Nearly 200,000 people visited the body of Pope Emeritus Benedict XVI, placed in the center of the Altar of the Confession inside the Vatican basilica.

The director of the Holy See Press Office, Matteo Bruni, made the data known to journalists - referring to 7 pm today, the closing time of the basilica. Adding up the numbers of the turnout of the previous two days, we obtain a total figure of 195,000 people who, gathered and in orderly lines, walked through the area of St. Peter's Square to pay their last respects to the retired pope who was formally known as Joseph Ratzinger. 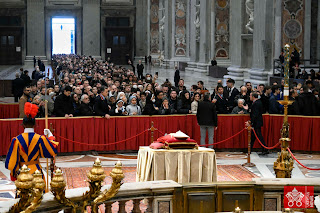 On January 4th, 2023 the casket of the Pope Emeritus was formally sealed. 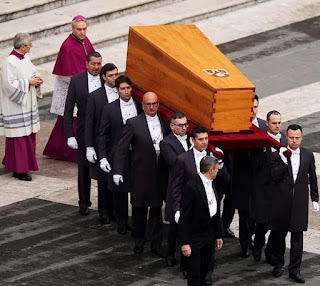 Tomorrow morning at 9.30am (Rome time) the funeral of Benedict XVI will take place, for which there are still no official predictions but, on the basis of this record influx, a massive number of faithful is expected, comparable to the figures of recent days. Source: SIRI and Vatican News 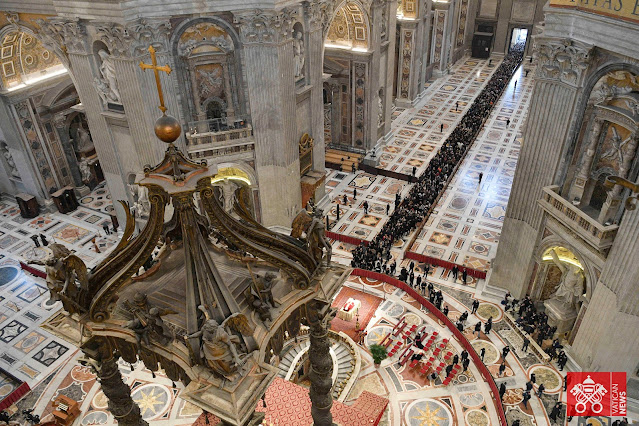