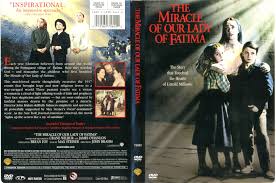 The Miracle of Our Lady of Fatima (1952) Approved | 1h 42min | Drama | 6 November 1952 (West Germany) The Miracle of Our Lady of Fatima Poster In 1917, three shepherd childreDirector: John Brahm Writers: Crane Wilbur, James O'Hanlon Stars: Gilbert Roland, Angela Clarke, Frank Silvera | See full cast & crew » In 1917, three shepherd children living just outside Fatima, Portugal have visions of a lovely lady in a cloud. The anticlerical government wishes to squelch the Church; reports of religious experiences are cause for serious concern. Yet the children stand by their story, and the message of peace and hope the Lady brings. In the last vision, attended by thousands of people, the Lady proves her reality with a spectacular miracle that is seen by everyone present. Based on actual events at Fatima in the summer of 1917.