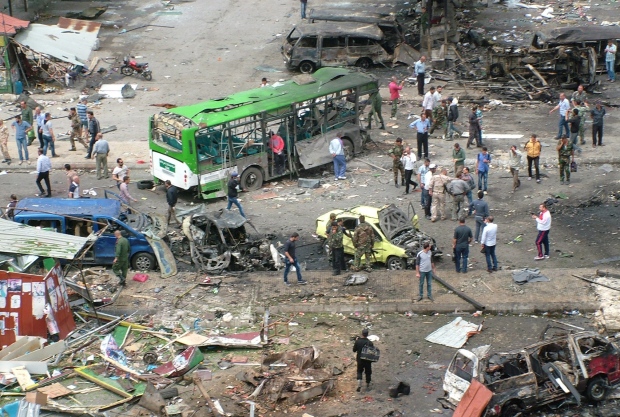 On Monday May 23, 2016 bombs killed nearly 150 in Syrian government-held cities. At least 200 were wounded in Jableh and Tartous on Syria's Mediterranean coast. This area hosts Russian military bases. Islamic State claimed responsibility and  targeted members of President Bashar al-Assad's Alawite minority. 148 people were killed in attacks by at least five suicide bombers and two bombs planted in cars.  This war has killed at least 250,000 people.  One bombs in Jableh exploded when a man walked into a hospital emergency department and blew himself up. Another bomb went off at a bus station.  10 Islamic State members also died in the attacks, 5 in Tartous and 5 in Jableh.