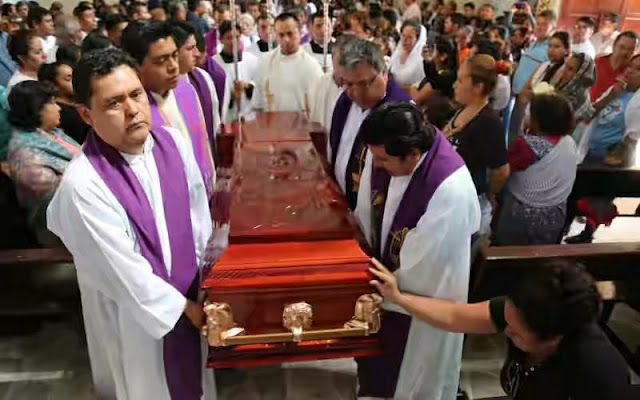 Two priests were killed in an armed ambush in Mexico. Fr Ivan Anorve Jaimes and Fr Germain Muniz Garcia were shot at on the morning of February 5. The two were driving between the cities of Taxco and Iguala in Guerrero state, 100 miles south of Mexico City. According to authorities an armed group blocked the priests’ vehicle and opened fire. The priests were travelling with four other passengers, and all of these were injured.  “We are dismayed by this tragic event, which the archdiocesan community [of Acapulco] and the community of the Diocese of Chilpancingo-Chilapa mourns,” said a statement issued by the Archdiocese of Acapulco. Fr Anorve was a priest of the archdiocese, and Fr Muniz was part of the Diocese of Chilpancingo-Chilapa.  According to the Bishop Rangel the two murdered priests were musicians, who performed in remote areas and “approached people” and “evangelised” with music. Fr Muniz, was well know for his parish choir, and Fr Anorve came from the Costa Chica region. Below is a music video by Fr. Jaimes
Statistics show 21 priests murdered since December 2012 in Mexico with increasing violence due to drug cartel conflicts.
Posted by Jesus Caritas Est at 9:03 PM