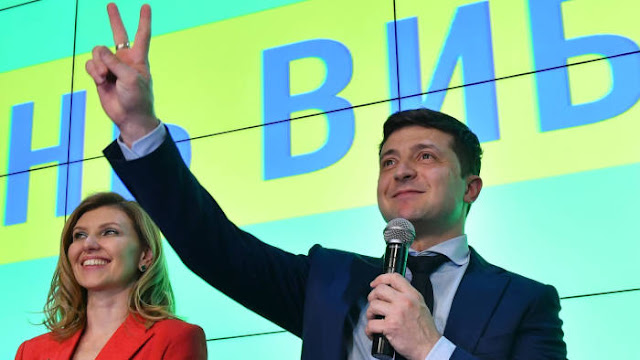 Mr Zelensky had taken over 73% with President Petro Poroshenko receiving only 24%.

"I will never let you down," Mr Zelensky told supporters.

Mr Zelensky, age 41, is known for starring in a comedic television series "Servant of the People", where his character accidentally becomes Ukrainian president.

He is also an Instagram star with 4.2m followers. Zelensky, is a millionaire and owns a production company called Kvartal 95. He studied Law in University.

It will be about a month before the inauguration. President Poroshenko,  has been in power since 2014. Poroshenko explained, "I will leave office but I want to firmly stress - I will not quit politics."
Edited and shortened from BBC
Posted by Jesus Caritas Est at 1:41 PM