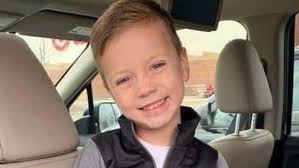 On April 12, 2019 a 5-year-old boy was thrown from a Mall of America balcony is recovering. His family says he could go home in a couple of months. After being thrown from the balcony he is now “alert and conscious” and no longer in critical condition. “We are now turning our focus to additional surgeries, healing, rehabilitation and eventually a return home, which we hope will happen by June,” the statement said, published by the New York Post. Landen Hoffman, age 5, had been in critical condition since the April 12 attack in the Minnesota mall. The family’s also said Jesus “saved our son's life and is healing him in the most miraculous ways." According to reports prosecutors have charged 24-year-old Emmanuel Aranda with trying to kill Landen.  Landen struck the ground after falling  40 feet. The family thanks supporters who prayed and raised money on their GoFundMe account.  Aranda told police he was angry at being rejected by women and  and was “looking for someone to kill”. Edited from Fox News - Image source: Google Images
Posted by Jesus Caritas Est at 5:43 PM