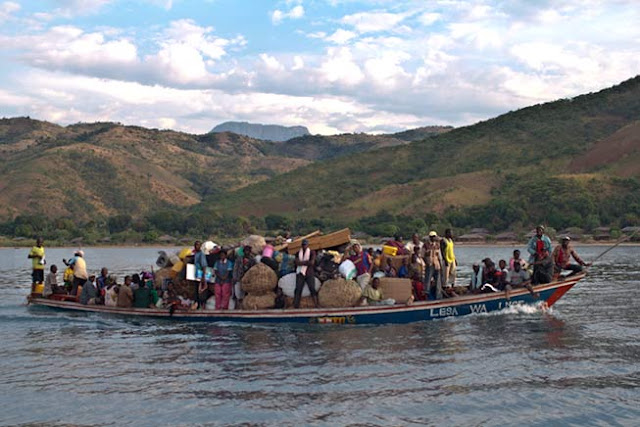 AFRICA/DR CONGO - "No to the culture of free death": Bishop's appeal after another boat sinks
Friday, 31 May 2019 bishops

Kinshasa (Agenzia Fides) - "We have to put an end to the culture of free death", invoked His Exc. Mgr. Donatien Bafuidinsoni Maloko-Mana, Bishop of Inongo, in the west of the Democratic Republic of Congo, in the message of condolences for the victims of the shipwreck on Mai-Ndombe lake, on 25 May.
The tragedy caused the death of 32 people, while 183 survived; however, there are still several missing among the almost 400 people on board, according to estimates by the authorities of the province of Mai-Ndombe.
In his letter of condolences to the families affected by the tragedy, the Bishop of Inongo, expressed his grief and his spiritual closeness: "Dear brothers and sisters of Mai-Ndombe, we are deeply saddened to learn, once again, that a shipwreck cost the lives of hundreds of people on May 25, when a barge sank as it was crossing the lake from Inongo to the village of Lokanga".
"Almost all of these people on board the boat, we learned, were civil servants who had just received their salaries", the Bishop said. "To all the community of Mai-Ndombe, in particular to the community of Bolia, painfully affected by these free deaths, we sincerely present our most heartfelt Christian condolences. May our prayers accompany the whole community", invoked Mgr. Bafuidinsoni who concluded by launching an appeal to the authorities and those in charge of the means of transport, so that they "assume their responsibilities in order to put an end to this culture of free death".
In recent months there have been several shipwrecks in the DRC like that of April 15 on Lake Kivu which caused the death of 13 people and over 114 missing. The cause of these tragedies is attributed to the obsolescence and overloading of boats. (L.M.) (Full Text Source: Agenzia Fides, 31/5/2019)
Posted by Jesus Caritas Est at 8:52 AM