19 people Killed in Burkina Faso “There is no Christian anymore in this town [Arbinda],” Please Pray 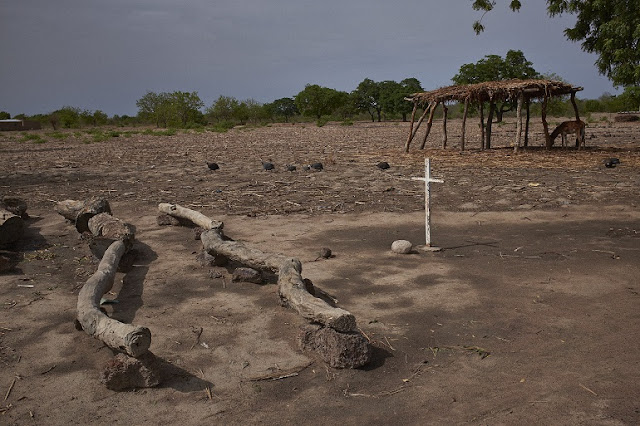 Gunmen killed at least 19 and injured 13 others in northern Burkina Faso on Sunday, June 9, 2019.

A local government official told AFP on the condition of anonymity that the attack occurred between 3 p.m. to 5 p.m. and that 19 bodies were found at the time.

Hours before the gunmen attacked, the source said the gunmen stopped three vehicles in the town of Arbinda and set them on fire. The official detailed that one of the drivers was killed.

The killing in Arbinda comes as armed groups have spread across the Shael region and committed atrocities in Mali, Niger, and Burkina Faso. The United Nations reports that the violence has led to the displacement of at least 4.2 million people, 1 million more than in 2018.

“There is no Christian anymore in this town [Arbinda],” an anonymous contact told the Christian aid charity Barnabus Fund. “It's proven that they were looking for Christians. Families who hide Christians are killed. Arbinda had now lost a total of no less than 100 people within six months.”

Since 2016, armed Islamist groups linked to both al-Qaeda in the Islamic Maghreb and the Islamic State in Greater Sahara have been attacking civilian targets, police stations and military posts in Burkina Faso, according to Human Rights Watch.

Contacts told Barnabus Fund that as many as 82 pastors, 1,145 Christians and 151 households have fled from violence in different locations in the Muslim-majority nation.


But in May, a Catholic church was attacked in the northern town of Dablo, where gunmen also killed a pastor and five churchgoers, some of whom were church elders.


Also in May, four Catholics were killed during a procession with a statue of the Virgin Mary in the northern municipality of Zimtenga in the country’s Bam province.
Above report Edited from Christian Post
Premier report also reports that Churches and Schools are closed for security:
Many pastors and their families have been kidnapped and remain in captivity. Over 200 churches have been closed in northern parts of the country to avoid further attacks and Sunday worship services are discouraged in most rural areas for safety reasons.

“We have left everything we laboured for. Our children have been pushed out of school. Some of our men have been killed without provocation.”
Since the start of 2019, 90,000 people have been displaced. Health centres have been forced to shut or have cut back services, leaving hundreds of thousands of people without medical care.
Over a thousand schools remain closed.
Churches all over the country are arranging collection of food items to support the affected believers but are unable to keep up with the need.
Source: https://www.premier.org.uk/
Posted by Jesus Caritas Est at 3:17 PM