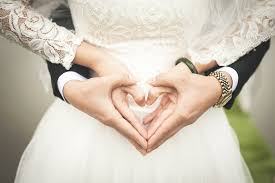 Manila (Agenzia Fides) - "With the decision not to legalize same-sex marriage, our judges affirmed what is right, reaffirming the natural and ethical form of marriage. The dismissal of same-sex marriage strengthens the sanctity and stability of marriage in the Philippines": said to Agenzia Fides Bishop Ruperto Santos, at the head of the diocese of Balanga, who applauded the court's decision to reject a controversial petition that sought to legalize same-sex marriage. The Supreme Court, in its ruling on 3 September, dismissed what it described was a "premature" petition seeking to legalize same-sex marriage. Several Filipino bishops intervened after the sentence, reiterating that same-sex relationships cannot be legalized with a marriage, neither religious nor civil. Bishop Arturo Bastes, of the diocese of Sorsogon, described the attempt as "immoral", praising the Supreme Court for defending the "true nature of marriage". Manila Auxiliary Bishop Broderick Pabillo called the court decision a "good development for the country". The fight against same-sex marriage will be in the legislature. "I hope lawmakers will give weight to strengthening families rather than weakening them". A Catholic secular leader, Mary Jane Castillo, told Fides: "The Supreme Court sentence is laudable. Marriage has always been between a man and a woman, according to natural law. And the legislation of the Philippines follows that provision". (SD) (Full Text Agenzia Fides, 6/9/2019)
Posted by Jesus Caritas Est at 8:37 AM