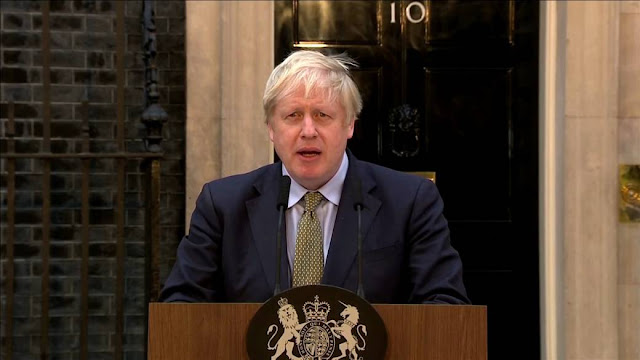 The confirmed victory of Boris Johnson's conservatives strengthens the possibility of London leaving the European Union (EU) at the end of January.

British Conservative Prime Minister Boris Johnson's party won a large majority in Parliament in the December, 2019, elections.
After the European bloc, the United States and China, Japan is the largest market for British exports.

FULL TEXT Statement by English Conference of Bishops
Cardinal Vincent Nichols, President of the Catholic Bishops’ Conference of England and Wales has urged people to look beyond politics to “see the good in the other” appealing for a fresh start after the outcome of the General Election:
“This result offers a fresh start with some clarity, but it has to be fresh in more ways than politics. A lot of damage has been done over the past few years. It has been toxic, dominated by blame. “We have to put that behind us, look each other in the eye and see the good in the other.
As we approach Christmas it is the birth of Christ, the embodiment of God’s goodness, that we celebrate. It is that streak of goodness written in every person that we have to see and rediscover. Concentrating on the good in every person is the fresh start we should seek.”
Source: https://www.cbcew.org.uk/
Posted by Jesus Caritas Est at 10:10 AM