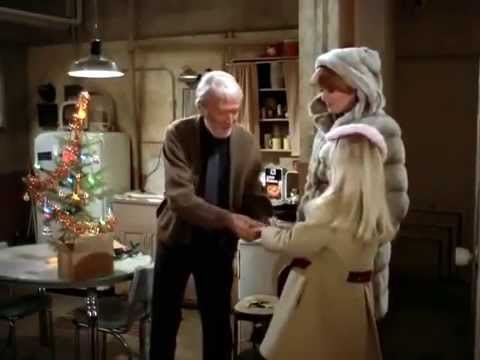 Mr. Krueger's Christmas (1980)  | 26min | Drama, Family, Fantasy | TV Short  December 1980
Director: Kieth Merrill Writers: Alan Henderson (story), J. Scott Iverson (story) | Stars: James Stewart, Beverly Rowland, Kamee Aliessa |
Willy Krueger, a lonely and aging widower, lives in a basement apartment with only his cat George . Finishing his work for the day as the custodian for the building,  on Christmas Eve he buys a tree and on the way, he imagines he is a well-dressed gentleman along the snowy street. Returning home, he falls asleep listening to The Mormon Tabernacle Choir, dreaming that he is conducting them in carols of the season. He awakens to find some carollers outside his window, he calls them to visit him offering hot chocolate, but they leave after only one song. Handling figures of the small nativity beneath his tree, Willy finds himself in the manger for the very first Christmas. He also finds the true reason to celebrate as he prayerfully thanks the infant Jesus for being his closest friend.
Posted by Jesus Caritas Est at 7:10 PM