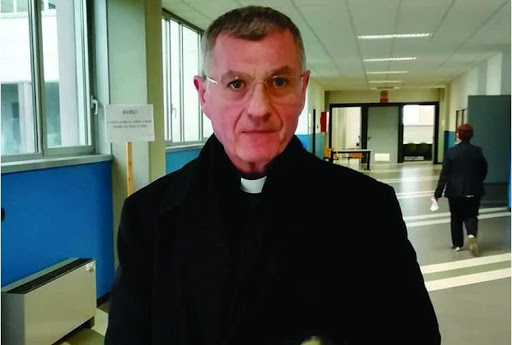 The investigation which began last October and focused on five Holy See employees who were suspended, has been enlarged. A communiqué issued by the Holy See Press Office made the following public: “within the context of a search ordered by the Promoter of Justice, Gian Piero Milano, and by the Adjunct Promoter of Justice, Alessandro Diddi, documents and computer equipment in Msgr Alberto Perlasca’s house and office were seized.” Msgr Perlasca is a former head of the Administrative Office of the First Section of the Secretariat of State. He is originally from Como, Italy, is 59 years old, and as of July 2019 has been exercising the office of substitute Promoter of Justice at the Supreme Tribunal of the Apostolic Signatura. Thus, Msgr Perlasca becomes the sixth suspect in the investigation.

The communiqué states that, “the measure was undertaken pursuant to the investigation into financial and real estate investments by the Secretariat of State, and is linked, while respecting the presumption of innocence, to what emerged in the initial interrogations of the officials under investigation who had already been suspended”.

The Promoter of Justice’s Office and the Gendarmerie Corps of Vatican City State are proceeding with an investigation at the administrative and financial levels in collaboration with foreign investigative bodies. The investigation seeks to substantiate the allegation of specific crimes, such as embezzlement, abuse of authority and corruption. As has already been reported, the investigation was initiated by the Vatican judiciary in response to reports received from internal supervisory financial organisms, from the Vatican Bank (IOR), and the Auditor General.

As specified in the communiqué, the principle of the presumption of innocence applies to all parties involved, even if the documentation examined in these months seems to reinforce the underlying allegations. It is possible that the investigatory phase of the process will conclude toward the beginning of summer.

On opening the judicial year in the Vatican on Saturday, 15 February, Pope Francis mentioned the investigation regarding the management of funds and real estate (such as that of Sloan Avenue in London). He spoke of “suspicious financial situations, which aside from their possible unlawfulness, are not in keeping with the nature and purpose of the Church, and have generated disorientation and anxiety in the community of the faithful”. The Pope then added that, “a positive fact is that precisely in this case, the first reports were made by internal Vatican Authorities, active, albeit with different competences, in the economic and financial sectors. This demonstrates the effectiveness and efficiency of law enforcement actions, as required by international standards.”
Full Text VaticanNews.va Release - Image of Msgr Alberto Perlasca - Dagospia.com