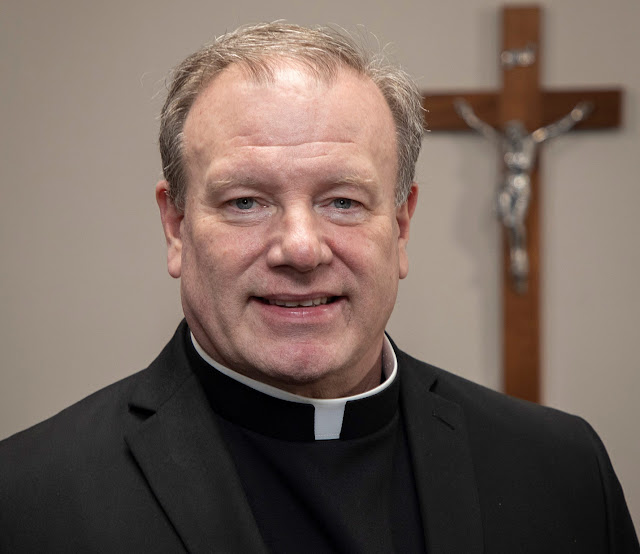 The appointment was publicized in Washington, D.C. on April 21, 2020 by Archbishop Christophe Pierre, apostolic nuncio to the United States. The Diocese of Alexandria has been a vacant see since March 2019.
Bishop-elect Marshall was born in Memphis, Tennessee on June 17, 1959 and ordained to the priesthood on June 10, 2000 for the Diocese of Memphis. He attended Christian Brothers University in Memphis (1977-1980) where he received a Bachelor of Arts in History. In 1983, he received a Juris Doctorate from the Humphreys School of Law at University of Memphis, and a Master of Divinity from Notre Dame Seminary in New Orleans in 2000. Prior to entering seminary, Father Marshall worked as a civil attorney.
Father Marshall’s assignments in the Diocese of Memphis after ordination include: Parochial Vicar at Incarnation Church in Collierville (2000-2002); Pastor at Sacred Heart Parish in Humboldt and St. Matthew Parish in Milan (2002-2004); Pastor at Church of the Ascension in Memphis (2004-2012); Pastor at St. Francis of Assisi Parish in Cordova (2012-2017); and Parochial Administrator at the Cathedral of the Immaculate Conception in Memphis (2017-2019). Since 2019, Bishop-elect Marshall has served as Vicar General for the Diocese of Memphis and Pastor of the Cathedral of the Immaculate Conception.
The Diocese of Alexandria is comprised of 11,108 square miles in the State of Louisiana and has a total population of 389,837 of which 35,402 are Catholic.
--- FULL TEXT Release: USCCB
Image source: Google Images -  The Dialog.org
Posted by Jesus Caritas Est at 8:59 AM