At Mass, Pope Francis Prays for Artists "because artists make us understand what beauty is, and without beauty the Gospel cannot be understood" Full Text 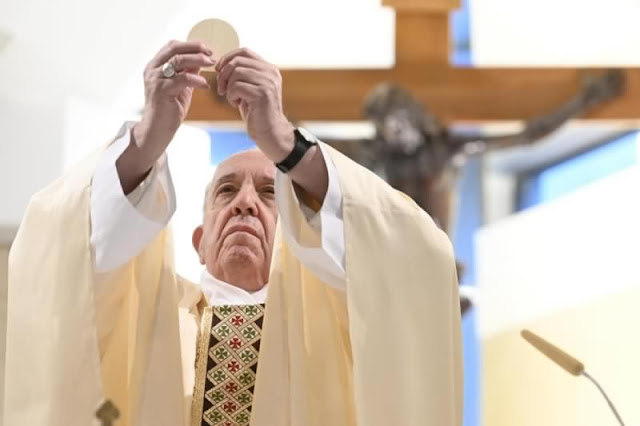 MORNING CELEBRATION BROADCASTED LIVE
FROM THE CHAPEL OF CASA SANTA MARTA
HOMILY OF THE HOLY FATHER FRANCIS
"To be Christian is to belong to the people of God"
Thursday, May 7, 2020

Posted by Jesus Caritas Est at 8:42 AM