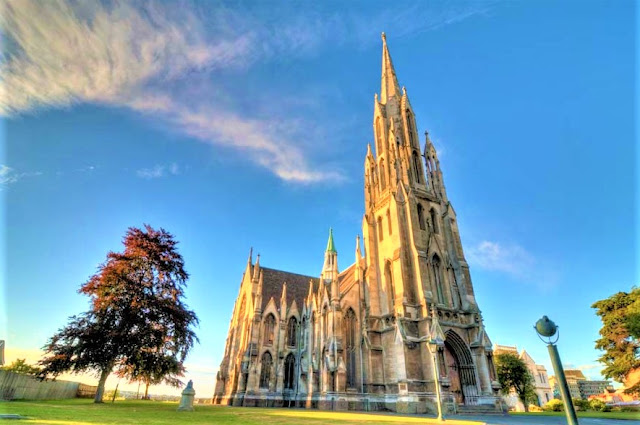 Churches to reopen doors, but public Mass not possible yet 12 May 2020 |

General The 338 Catholic churches of Aotearoa New Zealand will be able to open their doors from Thursday for individuals to pray in private, but public Mass is not possible under the new restricted Alert Level 2.

This is the message sent by the country’s six Catholic bishops in a letter to parishioners, priests and parish leadership today.
The new Level 2 rules the Government announced yesterday restrict religious gatherings to a maximum of 10 people, compared with the limit of 100 stated in the Government’s first Level 2 announcement last Thursday. Masses and other religious services would have been possible with the 100 limit.
All celebrations of Mass were suspended on 20 March and churches closed five days later as New Zealand was locked down in response to the Covid-19 pandemic.
The bishops met this morning via Zoom video conference and concluded that the limit of 10 people was too restrictive to allow even a limited resumption of weekday Mass, and certainly not any Sunday services.
“Like yourselves, we too are disappointed that we are not yet allowed to assemble in our churches in groups larger than 10 people,” the bishops’ letter says.
The letter notes that the Government will reconsider the limit of 10 people at religious services in two weeks. It adds that the Catholic bishops have today joined with the Anglican Church in asking the Government to look again with urgency at increasing that number.
The bishops say the limit of 10 will allow churches to reopen from Thursday for individuals to visit for such activities as private prayer and the Sacrament of Reconciliation.  All official health and safety requirements must be met for this.
Not all churches will be ready to open their doors on Thursday for these limited activities, but that will be up to individual parishes.
The popular online streaming of many Masses is likely to continue for some time.
The Bishops' letter is here on a web page and here as a PDF.
FULL TEXT Source: Bishops' Conference of New Zealand - https://www.catholic.org.nz/news/
Posted by Jesus Caritas Est at 11:49 AM