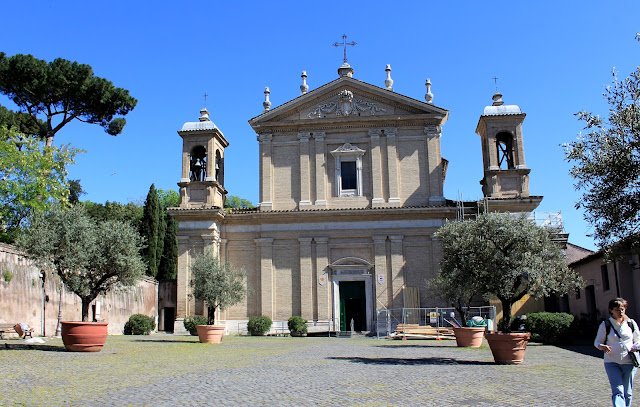 Rome gifts a basilica to Syro-Malabar faithful
by Biju Veticad
Card. Angelo De Donatis, vicar of Rome, has granted the community of Indian origin the use of Saint Anastasia on the Palatine. The faithful, almost 7 thousand throughout the Italian capital and the province, are celebrating: "It is a great gift from the diocese of Rome and the Vatican".


Rome (AsiaNews) - The faithful of the Syro-Malabar rite now have a basilica for worship. The community coordinator, Fr. Biju Muttathunnel, comments: "We are all celebrating, it is a great gift from the diocese and the Vatican". An estimated 7 thousand faithful belonging to this rite live in the Italian capital and surrounding province: originating in Kerala (southern India), they are now integrated within the Italian community.

According to Catholic tradition, this Eastern rite church traces its origins to the preaching of St. Thomas the Apostle on the subcontinent. For more than 25 years it was sui iuris, and therefore has the right to erect its own communities where the faithful have emigrated.

There is a large presence of Syro-Malabarians in Chicago, Melbourne, Canada and the United Kingdom. In Europe the community has an apostolic Visitor, Msgr. Stephen Chirappanath, who coordinates the communities of Zurich, Cologne, Frankfurt and Vienna.

The request to have a place of worship was presented to Pope Francis by the bishops of this rite. During the ad limina visit in 2019, the president of the bishops - Card. George Alencherry - presented this need to the pontiff. Last July 8, with the announcement of the cardinal vicar, "this dream has become reality".
FULL TEXT Release: Asia News  IT