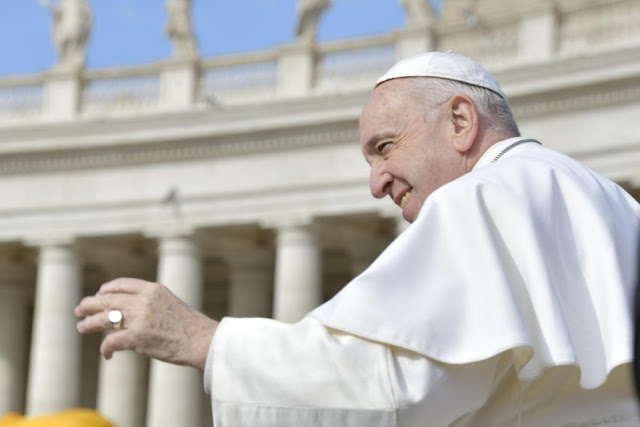 Pope Francis on Tuesday, authorized the Vatican Congregation for the Causes of Saints to promulgate the three decrees. There is a decree a miracle and another on martyrdom.  Two separate decrees are on the heroic virtues of two women.

Of the 7 persons, 5 have been cleared for beatification.  They are four martyrs and a layperson through whose intercession a miracle has been recognized.

The decree on the miracle is attributed to Venerable Servant of God Gaetana Tolomeo, known as Nuccia, an Italian layman who was born on April 10, 1936 in Catanzaro and died there on January 24, 1997.  He is to be declared a Blessed.

The decree on martyrdom regards Spanish Servants of God Francesco Cástor Sojo López and his 3 companions of the Secular Association of Diocesan Worker Priests.  They were killed in hatred of the faith in Spain between 1936 and 1938. These four will also be declared Blessed.

A decree on heroic virtues regards Spanish Servant of God Francisca Pascual Doménech, foundress of the Congregation of the Franciscan Sisters of the Immaculate.  She was born on October 13, 1833, in Moncada (Spain) and died there on April 26, 1903.

Another decree on heroic virtues regards Spanish Servant of God Maria Dolores Segarra Gestoso, foundress of the Missionary Sisters of Christ the Priest.  She was born
on March 15, 1921, in Melilla (Spain) and died in Granada (Spain) on March 1, 1959.
FULL TEXT Source: VaticanNews.va