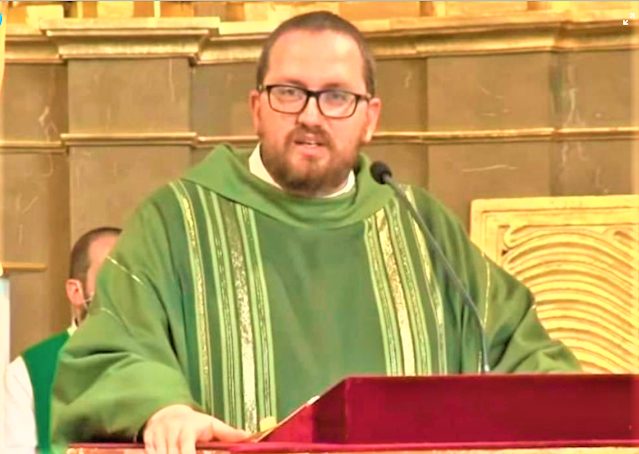 An explosion occurred in Madrid this Wednesday, January 20, at 3:00 p.m., in a building annexed to the Virgen de la Paloma parish, due to a possible gas leak. It has resulted in four deaths and eleven injured, according to emergencies in Madrid. One of the deceased is the priest Ruben Pérez Ayala, one of the priests of the Virgen de la Paloma parish.

In the message signed by Cardinal Secretary of State Pietro Parolin, the Pope voiced his closeness and affection as the Archdiocese mourns. Pope Francis said he is praying for the victims, the injured, and their families. He also “commends the victims in a special way to God’s mercy and prays for their eternal repose.” And the Pope entrusted all those affected to the intercession of Our Lady of Almudena, the patroness of Madrid.

Ruben, 35, undergoing serious surgery at the Hospital de la Paz, came out of the operation but was in serious condition, as confirmed late on Wednesday by the official Twitter of the Virgen de la Paloma parish.

Religión Confidencial reports the priest received the extreme unction at the hands of his brother Pablo, also a priest. While in the hospital, Fr. Ruben, had been detected with a stain on his lung, from covid.

In an interview with the Archdiocese of Madrid, Rubén said of his vocation to the priesthood: "I have had the experience throughout this time in seminary that happiness is not in living everything for oneself, but in giving oneself to others".

Cardinal Carlos Osoro, Archbishop of Madrid has shown his sadness on Twitter: "Tonight the young priest Rubén Pérez Ayala died, whom I ordained just seven months ago. I thank him for his life of dedication to Christ and his Church. I pray for his family I also pray for the other deaths after the explosion in La Paloma and for all those affected. "

Emergencies Madrid has confirmed the death of three people. Among the deceased is David Santos Muñoz, a 35-year-old electrician, father of four children, and a parishioner of the parish. He had gone to help out and by early afternoon he was missing.