Archbishop Cordileone of California's Message "No Catholic in good conscience can favor abortion." to Speaker Pelosi and President Biden 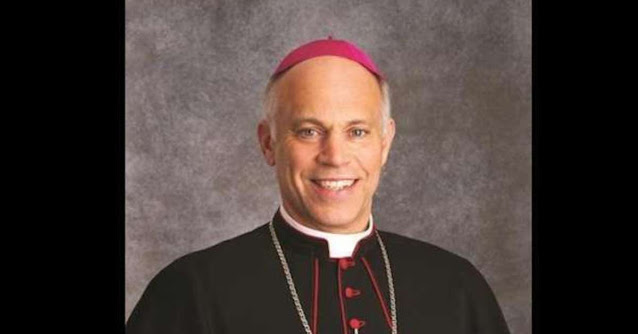 On Monday, House Speaker Nancy Pelosi criticized prolife voters who voted for Donald Trump on the abortion issue, saying their votes cause her “great grief as a Catholic” and accusing them of “being willing to sell the whole democracy down the river for that one issue.”

Most Reverend Salvatore J. Cordileone, Archbishop of San Francisco, issued the following statement in response:
“To begin with the obvious: Nancy Pelosi does not speak for the Catholic Church.  She speaks as a high-level important government leader, and as a private citizen.  And on the question of the equal dignity of human life in the womb, she also speaks in direct contradiction to a fundamental human right that Catholic teaching has consistently championed for 2,000 years.
“Christians have always understood that the commandment, ‘Thou shall not kill,’ applies to all life, including life in the womb.  Around the end of the first century the Letter of Barnabas states: “You shall not slay the child by procuring abortion; nor, again, shall you destroy it after it is born’ (#19).  One thousand, eight hundred and sixty-five years later, the Second Vatican Council affirmed: ‘Life must be protected with the utmost care from the moment of conception: abortion and infanticide are abominable crimes’ (Gaudium et spes, n. 51).
“Pope Francis continues this unbroken teaching.  Addressing participants in the conference, ‘Yes to Life! - Taking Care of the Precious Gift of Life in Its Frailty’ on May 25, 2019, he condemned abortion in the strongest possible terms: ‘is it licit to eliminate a human life to solve a problem? ...  It is not licit.  Never, never eliminate a human life … to solve a problem.  Abortion is never the answer that women and families are looking for.’  And just yesterday (January 20, 2021) Archbishop Gomez, President of the United States Conference of Catholic Bishops, reiterated the declaration of the U.S. bishops that abortion is for Catholics the ‘preeminent priority.’  In doing so, he acted rightly and collaboratively in his role as USCCB President, and I am grateful to him for doing so.
“Preeminent does not mean ‘only,’ of course.  There are certainly many evils we must confront and many goods we must pursue.  In his inaugural speech yesterday, President Biden gave a moving call to unity and healing.  He offered what I would call a ‘Litany of Compassion’ – bringing before the eyes of the nation the suffering of people across a wide spectrum of issues.  In my experience, advocates for unborn children also work diligently to be of service in many of these causes as well.  Speaker Pelosi has chosen this week to impugn the motives of millions of Catholics and others for choosing to make voting on the issue of abortion their priority and accuses them of ‘selling out democracy.’  This is not the language of unity and healing.  She owes these voters an apology.
“I myself will not presume to know what was in the minds of Catholic voters when they voted for the Presidential candidate of their choice, no matter who their preferred candidate was.  There are many issues of very grave moral consequence that Catholics must weigh in good conscience when they vote.  But one thing is clear: No Catholic in good conscience can favor abortion.  ‘Right to choose’ is a smokescreen for perpetuating an entire industry that profits from one of the most heinous evils imaginable.  Our land is soaked with the blood of the innocent, and it must stop.
“That is why, as Catholics, we will continue to speak out on behalf of those who have no voice to speak for themselves and reach out to, comfort and support those who are suffering the scars of the abortion experience.  We will do so, until our land is finally rid of this despicable evil.”

Archbishop Cordileone: As Catholics We Pray for New Administration, Oppose Unjust Threats to Human Life and Dignity
Most Rev. Salvatore J. Cordileone
January 20, 2021
On the occasion of the inauguration of Joseph R. Biden, Jr., as 46th President of the United States of America, Most Reverend José H. Gomez, Archbishop of Los Angeles and President of the United States Conference of Catholic Bishops, issued a statement this morning in which he discussed the role of faith in civic participation, and expressed prayers for the success of the Biden Administration. Archbishop Salvatore Cordileone of the Archdiocese of San Francisco subsequently released this statement:
“Archbishop Gomez’s timely call for healing as a country as the new administration assumes office is both very welcome and needed.  I thank him for clarifying how Catholics approach the broad range of issues facing us that pose threats to human life and dignity.  In particular, I am grateful to him for stating clearly once again that opposing the injustice of abortion remains our “preeminent priority,” while acknowledging that “preeminent” does not mean “only.”  Catholics must and do speak out on many issues affecting the equal dignity of us all, but if life at its most vulnerable beginnings is not protected, then none of us is safe.  Affirming this equal human dignity at every stage and in every condition is the path to healing and unity.  I join Archbishop Gomez in praying for President Biden and for the future of this exceptional nation, that this vision may be realized in our time.  May God bless America.”
FULL TEXT Source: https://www.sfarch.org/letters-and-statements

DrNick said…
Our church leaders, bishops and priests must proclain the dignity of human life more frequently and foreth-rightly in their public messages especially at the Mass and in every opportunity presnted. The laity are not instructed properly by our ordained ministers. This must change especially in the present political climate. Catholic's are either sluggish or apathic on the horrors and evil of abortion. Who's fault is this situation? Yes, I am pointing mu finger at our ordained. BE NOT AFRAID!!!!!