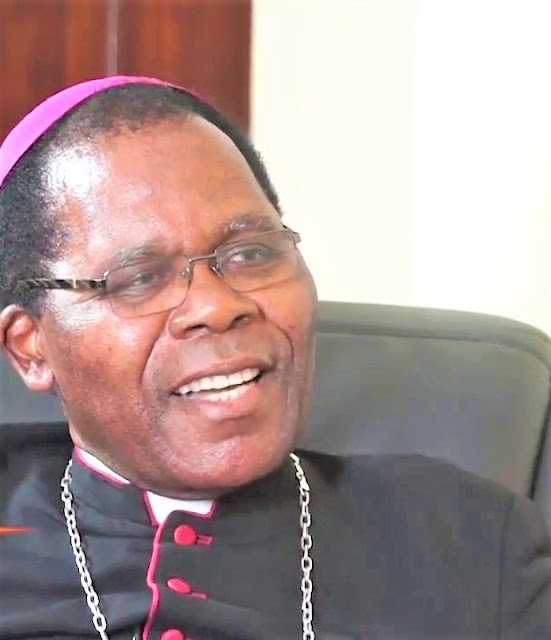 It has been a shocking sad week for Catholics in the country due to the death of Archbishop Tarcisio Gervazio Ziyaye, who died on the 14th of December in Namibia.

According to a statement by the Episcopal Conference of Malawi(ECM) and ECM’s Secretary General Rev Fr. Henry Saindi, Archbishop Ziyaye who until his death was the Ordinary for Lilongwe Archdiocese, went to Namibia for a friendly visit and while there, he got a chance to receive medical treatment

“Archbishop Ziyaye visited a friend Archbishop in Namibia. While there, he felt unwell and went for medical checkup where he was diagnosed with colon cancer. The doctors carried out an operation on him and he started improving. Three days later, the Archbishop’s health started deteriorating and his blood pressure started getting lower until he died,” said Fr. Saindi.

Archbishop Ziyaye is described by many Malawians as a pillar for the Catholic Church in the country as he was the most senior among the bishops in age and also in ministry as bishop.

Most Rev. Ziyaye was ordained priest on August 14th, 1977 and has served in several capacities. He was appointed auxiliary bishop of Dedza Diocese on November 26, 1991 before becoming the bishop of Lilongwe Diocese on 4 May, 1993. In 2001, Pope John Paul II appointed him Archbishop of Blantyre Archdiocese where he served for 12 years. On July 3 2013, Archbishop Ziyaye was appointed Archbishop of the then newly declared Archdiocese of Lilongwe where he has served until his death.

The body of the late Archbishop Ziyaye arrived in the country on Thursday, the 17th  through Kamuzu International Airport. From there, it was taken to Poor Clares Monastery where the first funeral Mass was celebrated and the body was transferred to Maula Cathedral for follow up masses.

Due to the impact Archbishop Ziyaye has had in the Church and the country, the State President, Dr. Lazarous Chakwera declared the death of Archbishop Ziyaye, a State funeral. Therefore, the body has received military honors and the main requiem mass will be celebrated at the country’s CIVO Stadium on Saturday, the 19th December from 10;00am, after which the body will be taken back to the Cathedral for burial.