Wow Famous Athlete Tim Tebow's Powerful March for Life Testimony @TimTebow - How He was almost Aborted "I do believe that every single life matters to God." 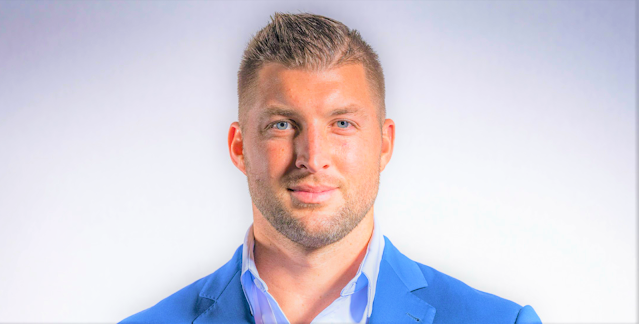 During the March for Life 2021 held on January 29, 2021 the famous athlete Tim Tebow gave a powerful testimony: (see below)

In 1986 a missionary preaching in a remote village in the Philippines, before he went on stage God pricked his heart. God started to put on his heart all the babies around the world that were being aborted. And he began to weep uncontrollably. And God put in his heart and in his head that night that even though he already had 4 kids; that he needed to have another one.  He needed to have a fifth and he needed to make him a preacher. So he went on stage and he to preach that night and afterwards made the long voyage home to his wife and four kids He told his wife honey I really feel that God put on my heart that we need to have another baby. And his wife's like listen God didn't put that on my heart. But a few days later God put it on his wife's heart as well. And so the missionary and his wife and all four kids started to pray that she would get pregnant and that they could have another baby. A little while later she got pregnant. But the pregnancy wasn't easy - it was really hard and it was really difficult. actually in fact they didn't even believe that she was pregnant at first they actually thought, it was a tumor; a mass of fetal tissue.

But then they realized that she was pregnant and that she did have a baby in her womb. But the doctors said You need to have an abortion you need to get you to get rid of him. But she decided that she was going to trust God. Even when the doctor said it could and might cost her her life. She decided she was going to trust God. The pregnancy was so tough so many set backs and heart aches. But the whole time she continued to trust God. Then it came time to give birth. A doctor who had been doing it for over 35 years, and this was his specialty, helping women give birth. he helped deliver that baby in over 35 he looked at her and said; of all my years this is the greatest miracle that I've ever seen because I have no idea how he survived. The placenta is not attached and there is so many different issues and I don't know how he had the nourishment and the food to be able to survive. This is a miracle baby. Here is your baby Mrs. Tebow.

(Tim Tebow's Testimony starts at 55:45 mark on video below)

And that day I got to meet my mom and I'm so grateful that my mom gave me a chance at life. Because many times could she have made the choice to do something different. But because of her pro-life story I now get to share my story. But it's only because my mom gave me a chance. And I'm so grateful that every single one of you are here today that you have made the choice to choose life; that it matters to you. Because I do believe that every single life matters to God.

You know who else I believe, stood and stands for life, is our savior Jesus. You know he said in John I came to give life and give life abundantly. See he had a mission. That mission, was a rescue mission for us. That mission was to come down to this Earth and go to the cross, and defeat death, and overcome the world, That was his mission. See but he also had a motivation. Heb. 12:2 tells us  fixing our eyes our eyes on Jesus the author and perfecter of faith who for the joy set before him endured the cross despising the shame, and sat down at the right hand at the throne of God. What was his motivation? It tells us right there; for the joy set before him. When Jesus was going to the cross, what was the joy set before Him? It was you. It was me. It was us being made right with His death. It was us having life and life abundantly and ether life in heaven that was the joy set before him. See he had a mission and he accomplished it....