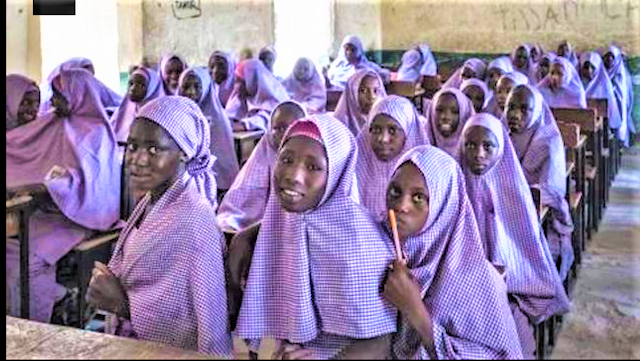 Most of the 317 schoolgirls, have been freed, who were kidnapped from the Government Girls Secondary School, Jangebe, in Talata Mafara  of Zamfara State in Nigeria.
On Friday, February 26, 2021, 317 schoolgirls were kidnapped from the Government Girls Secondary School.
The Premiun Times reports that Yusuf Idris, the media aide to Governor Bello Matawalle of Zamfara, confirmed the release of the girls on Tuesday, March 2nd.
The official said 279 schoolgirls were released around 4:00 a.m. on Tuesday. He said the girls are currently at the Zamfara government house waiting to be reunited with their parents.
He asked for more time to provide details on the remaining 38 girls.

Pope Francis asked for prayer and called for the release of the girls on Sunday during his Angelus address.
SEE ALSO: https://www.catholicnewsworld.com/2021/02/breakingnews-317-girls-kidnapped-from.html

I join my voice to that of the Bishops of Nigeria to condemn the vile kidnapping of the 317 girls, taken away from their school in Jangebe. I am praying for these girls so they might return home soon. I am near to their families.